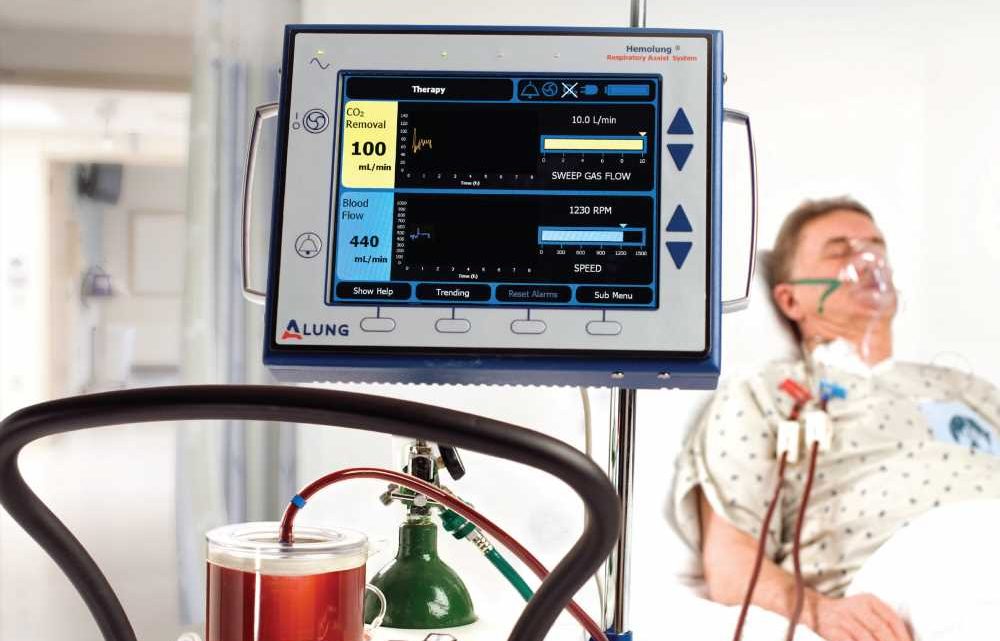 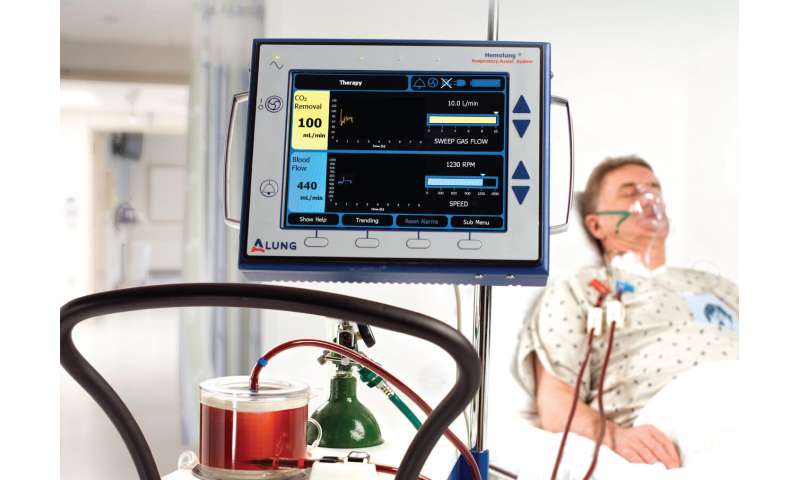 A device designed at the University of Pittsburgh could help improve outcomes as a treatment for COVID-19 when used in conjunction with non-invasive or mechanical ventilation, and it recently received Emergency Use Authorization (EUA) from the U.S. Food and Drug Administration. Health records from a New York study showed that close to 90 percent of patients who were placed on mechanical ventilation did not survive.1 Some intensive care units are now considering mechanical ventilation as a last resort because of the complications and side effects associated with the process, and researchers believe this device could help.

The Hemolung Respiratory Assist System is a minimally invasive device that does the work of the lungs by removing carbon dioxide directly from the blood, much as a dialysis machine does the work of the kidneys. The device was developed by William Federspiel, Ph.D., professor of bioengineering at Pitt’s Swanson School of Engineering, and the Pittsburgh-based lung-assist device company ALung Technologies, co-founded by Federspiel.

A public health emergency related to COVID-19 was declared by the Secretary of Health and Human Services on February 4, 2020, and the FDA issued ALung the EUA to treat lung failure caused by the disease. Hemolung could help eliminate damage to the lungs caused by ventilators and does not require intubation or sedation, which allows patients to remain mobile during treatment.

“Ventilation can cause serious issues in lungs that are already being damaged by the disease itself,” said Federspiel. “The Hemolung would allow the lung to rest and heal during the ventilation process by allowing for gentler ventilation. It could also prevent certain patients, who have less severe symptoms, from having to go on ventilation in the first place.”

Mechanical ventilation requires patients to be sedated and intubated, and a myriad of complications can arise from the treatment, including collapsed lung, alveolar damage, and ventilator-associated pneumonia. For these more critically ill patients, the Hemolung could be used to help remove CO2, which would allow the mechanical ventilation process to be done more gently.

Peter M. DeComo, Chairman and CEO of ALung Technologies, stated, “With published mortality rates as high as 90% for patients receiving invasive mechanical ventilation (IMV), we believe that the Hemolung can be a valuable tool for physicians to be used in conjunction with IMV, by reducing or eliminating the potential of further lung damage caused by high ventilator driving pressures, often referred to as Ventilator Induced Lung Injury. Many of the academic medical centers involved with our clinical trial have already requested the use of the Hemolung RAS for treatment of their COVID-19 patients.”

Created to help chronic obstructive pulmonary disease (COPD) and acute respiratory distress syndrome (ARDS) patients, Hemolung has already been used on thousands of patients in Europe, where it was approved in 2013, and it is currently in clinical trials in the United States.

Since the onset of the pandemic, the device has been used on some COVID-19 patients with success; however, set-up of the Hemolung is not trivial. Medical professionals would need to be trained to use the technology, and it would take time to supply a significant number of devices.

Federspiel also holds appointments in the School of Medicine and the McGowan Institute for Regenerative Medicine (MIRM) at Pitt and is a Fellow of the National Academy of Inventors.

Americans Are Accidentally Poisoning Themselves with Cleaning Supplies