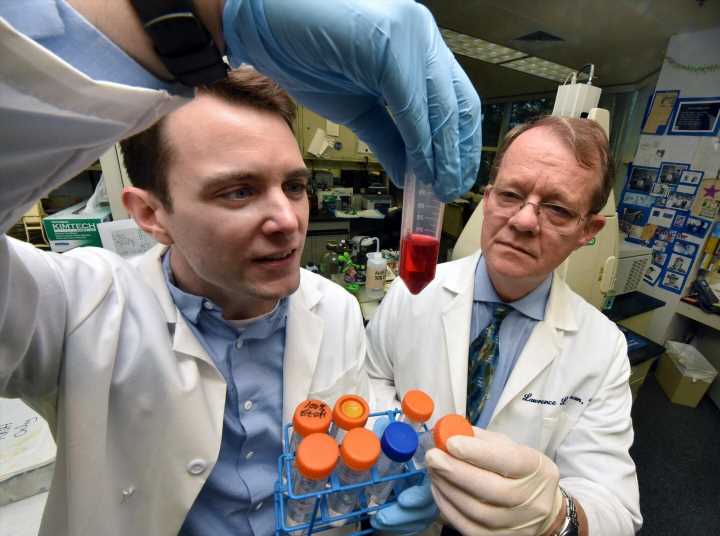 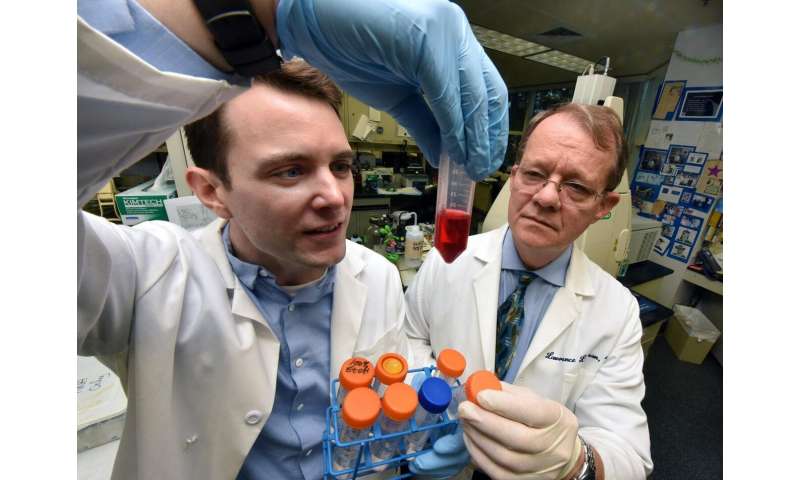 “Twenty-one variants in 19 genes have been found in estrogen signaling pathways of the brain critical to establishing whether the brain is masculine or feminine,” says Dr. J. Graham Theisen, obstetrician/gynecologist and National Institutes of Health Women’s Reproductive Health Research Scholar at the Medical College of Georgia at Augusta University.

Basically—and perhaps counterintuitively—these genes are primarily involved in estrogen’s critical sprinkling of the brain right before or after birth, which is essential to masculinization of the brain.

Both could result in an incongruence between a person’s internal gender and their external sex. The negative emotional experience associated with this incongruence is called gender dysphoria.

“They are experiencing dysphoria because the gender they feel on the inside does not match their external sex,” Theisen says. “Once someone has a male or female brain, they have it and you are not going to change it. The goal of treatments like hormone therapy and surgery is to help their body more closely match where their brain already is.”

“It doesn’t matter which sex organs you have, it’s whether estrogen, or androgen, which is converted to estrogen in the brain, masculinizes the brain during this critical period,” says Dr. Lawrence C. Layman, chief of the MCG Section of Reproductive Endocrinology, Infertility and Genetics in the Department of Obstetrics and Gynecology. “We have found variants in genes that are important in some of these different areas of the brain.”

These brain pathways are involved in regions of the brain where the number of neurons and how connected the neurons are typically differ between males and females.

They note that while this “critical period” for masculinizing the brain may seem late, brain development actually continues well after birth and these key pathways and receptors already need to be established when estrogen arrives.

While it’s too early to definitively say the gene variants in these pathways result in the brain-body incongruence called gender dysphoria, it is “interesting” that they are in pathways of hormone involvement in the brain and whether it gets exposed to estrogen or not, says Layman.

He and Theisen are co-corresponding authors of the study in the journal Scientific Reports.

“This is the first study to lay out this framework of sex-specific development as a means to better understand gender identity,” Theisen says. “We are saying that looking into these pathways is the approach we are going to be taking in the years ahead to explore the genetic contribution to gender dysphoria in humans.”

In fact, they already are exploring the pathways further and in a larger number of transgender individuals.

For this study, they looked at the DNA of 13 transgender males, individuals born female and transitioning to male, and 17 transgender females, born male and transitioning to female. The extensive whole exome analysis, which sequences all the protein-coding regions of a gene (protein expression determines gene and cell function) was performed at the Yale Center for Genome Analysis. The analysis was confirmed by Sanger sequencing, another method used for detecting gene variants.

The variants they found were not present in a group of 88 control exome studies in nontransgender individuals also done at Yale. They also were rare or absent in large control DNA databases.

Reproductive endocrinologist/geneticist Layman says his experience with taking care of transgender patients for about 20 years, made him think there was a biological basis. “We certainly think that for the majority of people who are experiencing gender dysphoria there is a biologic component,” says Theisen. “We want to understand what the genetic component of gender identity is.”

While genetics have been suggested as a factor in gender dysphoria, proposed candidate genes to date have not been verified, the investigators say. Most gene or gene variants previously explored have been associated with receptors for androgens, hormones more traditionally thought to play a role in male traits but, like estrogen in males, also are present in females.

MCG investigators and their colleagues decided instead to take what little is known about sex-specific brain development—that estrogen bath needed in early life to ensure masculinization of the brain— to hone in on potential sites for relevant genetic variances. Extensive DNA testing initially revealed more than 120,000 variants, 21 of which were associated with these estrogen-associated pathways in the brain.

Animal studies have helped identify four areas of the brain with pathways leading to development of a male or female brain, and the investigators focused on those likely also present in humans. Laboratory studies have indicated that disrupting these brain pathways in males and females during this critical period results in cross sex behavior, like female rodents mounting and thrusting and males taking on a more traditional female posture when mating. These cross sex behaviors, which also have been documented in non-human primates, emerge during the natural sex hormone surge of puberty.

While sex specific brain development has not been thoroughly evaluated in humans, as with animals, the effects typically play out most at the time of puberty, a time when sex hormones naturally surge, when the general awareness of our sexuality really begins to awaken and when the complex state of gender dysphoria may become easier for adolescents to articulate, the investigators say. Layman notes that many individuals will report experiencing gender incongruent feelings as early as age 5.

Theisen notes that we all are full of genetic variants, including ones that give us blue eyes versus brown or green, and the majority do not cause disease rather help make us individuals. “I think gender is as unique and as varied as every other trait that we have,” Theisen says.

The investigators suggest modification of the current system for classifying variants that would not imply that a variant means pathogenic, or disease causing.

Last year, the World Health Organization said that gender incongruence is not a mental health disorder and six years before that The Diagnostic and Statistical Manual of Mental Disorders, replaced gender identity disorder with general dysphoria.

Gender affirming therapies, like hormone therapies and surgeries along with mental health evaluation and support, help these individuals better align their bodies and brains, the physician-scientists say.

Transgender individuals experience increased rates of discrimination, sexual violence and are at increased risk of depression, substance abuse and attempted suicide. About 26% report use of alcohol or other drugs to help cope; 19% have been denied medical care by a physician or other provider, some report verbal harassment in a medical environment and insurance companies do not consistently cover the cost of gender affirming hormone or surgical therapies.

A problem, the investigators say, is an overall lack of understanding of the biologic basis of gender dysphoria.