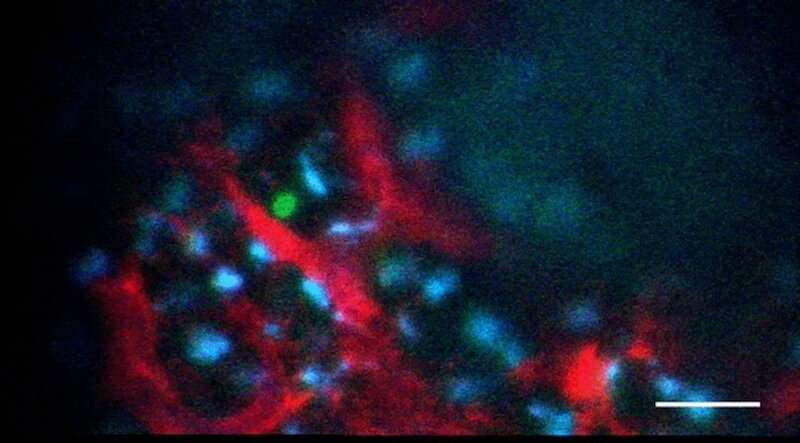 Blood stem cells make all the different kinds of blood and immune cells in our body. Scientists have long been trying to make these cells in the lab and use them to make different blood cell types on demand. Mastering these feats could help make bone marrow transplants more efficient and less toxic, and could lead to better treatments for anemias, immune deficiencies, and other blood disorders. But blood stem cells’ origins and workings still remain somewhat mysterious.

Studies from three different labs within the Stem Cell Program at Boston Children’s Hospital now provide some important clues into how blood stem cells arise in nature, and how they behave in real time in a living animal. The labs are also affiliated with the Dana-Farber/Boston Children’s Cancer and Blood Disorders Center.

Birth of a blood stem cell

In a study published in Developmental Cell, the labs of Trista North, Ph.D. and George Daley, MD, Ph.D. recreated the origins of blood stem cells in nature. Staging a reenactment of what happens in the embryo, they found new clues to how these mothers-of-all-blood cells could someday be made in the lab.

Various research groups have tried to make blood stem cells in the culture dish, but the cells produced to date have had limitations. For example, they don’t generate the complete complement of blood cells.

“While there has been some success, we’re not confident these cells are actually like the normal ones,” says North. “They don’t live long and don’t truly function like blood stem cells.”

An aorta on a chip

Blood stem cells are known to arise in the embryonic aorta, and North had showed in 2009 that active blood flow is required for them to form. But this knowledge hasn’t shed much light on the genetic regulators that could be manipulated to make blood stem cells in the lab.

A postdoc in Daley’s lab, Vanessa Lundin, Ph.D., had a background in engineering and had a key insight.

“We had looked at physical flow through the vessel,” says North. “Vanessa realized there’s more than one force: not just the shear force of blood going by, but also cyclic forces from the heartbeat pushing against the vessel, causing it to widen and narrow.”

Collaborating with the lab of Donald Ingber, MD, Ph.D., of Boston Children’s Vascular Biology Program and the Wyss Institute for Biologically Inspired Engineering, Lundin built an “aorta on a chip,” seeded with human pluripotent stem cells. The team then applied both types of mechanical force to the chip, mimicking conditions in the womb, and observed what factors turned on in the cells lining the aorta.

Homing in on YAP

When Lundin and Wade Sugden, Ph.D. from the North lab put the system through its paces, they realized that the mechanical force of the heartbeat activated a protein called YAP. Signaling by YAP caused the cells lining the aorta to transition and become blood stem cells. By manipulating YAP or other proteins that appear to act on YAP in a zebrafish model, the team was able to grow colonies of blood stem cells.

“We didn’t know YAP’s role in hematopoietic (blood-forming) system before,” says North. “It’s really YAP that cements a cell’s commitment to the blood cell fate. What we’ve found so far isn’t enough to get long-term functioning blood stem cells, but it’s definitely a step toward being able to produce them in the lab.”

In the journal Nature, the lab of Fernando Camargo, Ph.D., describes a system in which blood stem cells light up in live mice, allowing them to be observed in through a small microscope implanted on the mouse’s head. The system relies on a two-gene combination: one gene that causes cells to glow when exposed to UV light, and a second gene that essentially dims the glow in any blood cell that isn’t a stem cell. Because the skull bone is thin, the marrow cavities where stem cells live are easy to see under the microscope. 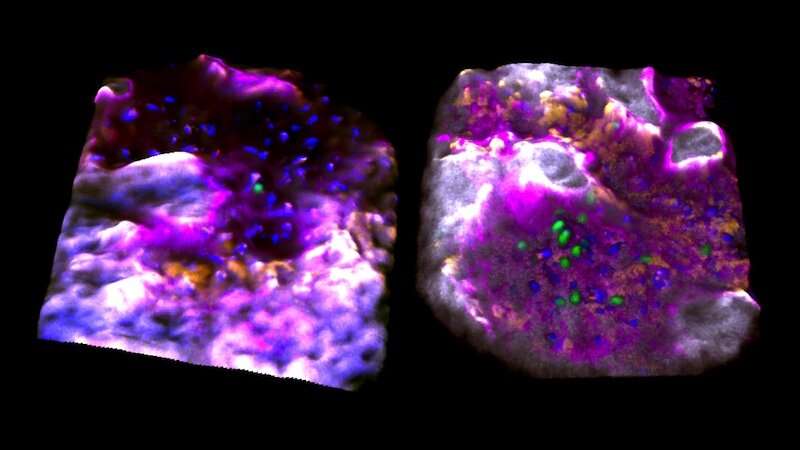 Camargo and others had already visualized blood stem cells in zebrafish, but zebrafish don’t make a good model for understanding human stem cells. For a start, their blood stem cells reside in the kidney, not in bones. Until now, no one has been able to observe these cells live in a mammal.

Doing so brought some surprises.

“We didn’t know where the stem cells were located, who their neighbors were, whether they were dynamic, and how they responded to injury,” says Camargo, whose lab conducted the study in collaboration with the lab of Charles Lin, Ph.D., at Massachusetts General Hospital. “Surprisingly, we found that the stem cells don’t move at all. They’re sleepy cells, basically.”

But when they gave the mice chemotherapy drugs—which kill most of the blood system—the stem cells rallied to generate replacements. Or, at least some of them did.

“We saw that not all the stem cells participate in regeneration—maybe 10 to 20 percent get activated,” says Camargo. “That seems to be enough.”

Those blood stem cells that were activated resided in bone cavities where the bone itself was actively being replaced; perhaps this made them more likely to proliferate and mobilize. Once awakened, they began moving and interacting with each other, touching and moving together, suggesting they might be coordinating their activities somehow.

Weight loss surgery may reduce the risk of colorectal cancer