In Southeast Asia, the fruit, flowers, and leaves of Indonesia’s Melinjo tree are traditional foods. Researchers from Kumamoto University, Japan who study plants from around the world for useful medicinal properties have found that Melinjo seed extract (MSE) stimulates the production of adiponectin, a beneficial hormone that improves obesity and diabetes. They also discovered that individual genotype differences were responsible for variations in its efficacy.

Melinjo fruit have high antioxidant and antibacterial qualities and are known to contain large amounts of polyphenols. One such compound, resveratrol, has been shown to induce adiponectin and may improve lifestyle-related diseases like metabolic syndrome. Gnetin C, a type of resveratrol abundant in MSE, is known to have higher antioxidant activity and stays in the body longer than resveratrol. However, the detailed mechanism by which these compounds exert their biological activity is still unknown.

Kumamoto University’s Global Center for Natural Resources Sciences conducts component isolation and identification of useful plants and natural products from around the world and evaluates their pharmacological activities. Within the center, Dr. Kentaro Oniki’s research team used genetic analysis to find that differences in the type of DsbA-L (Disulfide-bond-A oxidoreductase-like protein) gene affects adiponectin activation. In other words, DsbA-L induction may promote adiponectin activation and improve lifestyle-related diseases. In their recent work, they attempted to determine 1) whether MSE enhances the function of DsbA-L, 2) whether MSE promotes adiponectin activation, and 3) whether MSE has a therapeutic effect on obesity and diabetes. 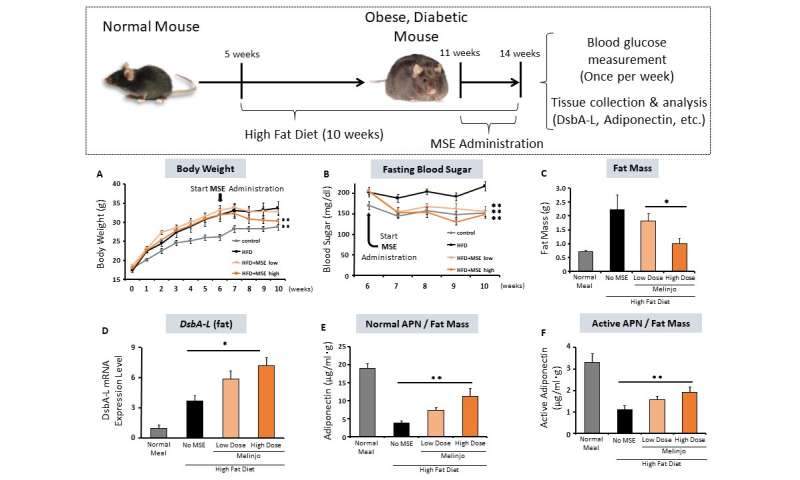 In their first study (double-blind, placebo-controlled, randomized controlled), 42 healthy adult men took MSE supplements orally for 14 days. They found that taking 300 mg of MSE per day activated adiponectin in human males. They also found that effects varied depending on the differences in the type of DsbA-L gene (G/G, G/T, T/T) possessed by the individual. MSE effects were large in G/T or T/T genotype carriers whose gene expression level was presumed to be low. 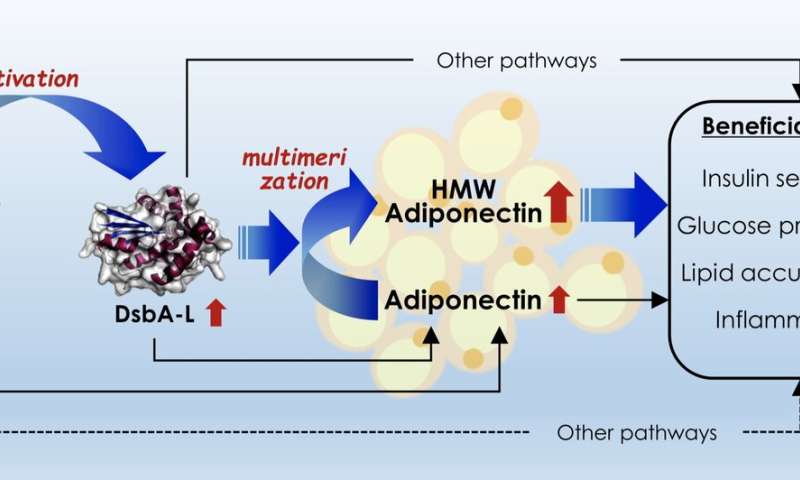 Following the results of the clinical trials, another of the center’s researchers, Dr. Tsuyoshi Shuto, and his research team tested the compound in a high fat diet mouse model with obesity-induced diabetes. By measuring the effects of MSE on DsbA-L expression and blood adiponectin concentration in various tissues, they found that daily oral administration of MSE over a period of four weeks increased the expression of DsbA-L and the amount of activated adiponectin in the body. Diabetic pathologies, in muscle tissue also improved. Symptoms such as increased fat accumulation and fasting blood sugar levels significantly improved.

These research results show that MSE promotes DsbA-L expression, increases the amount of activated adiponectin, and may improve obesity and diabetic symptoms in living organisms, especially in mice.

Who’s most affected on public transport in the time of coronavirus?