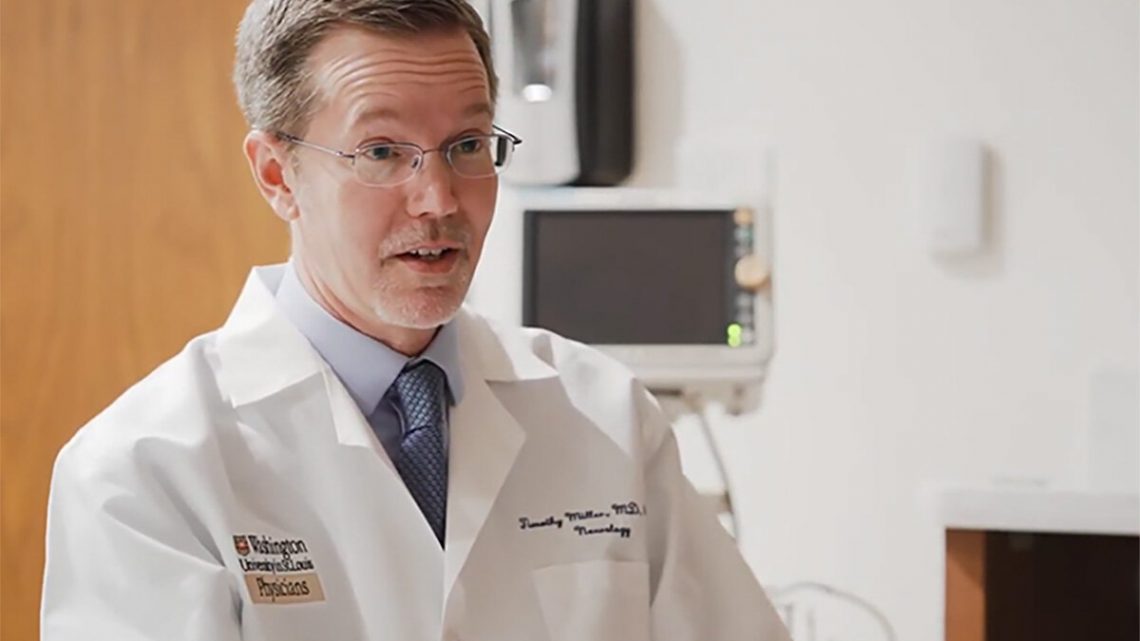 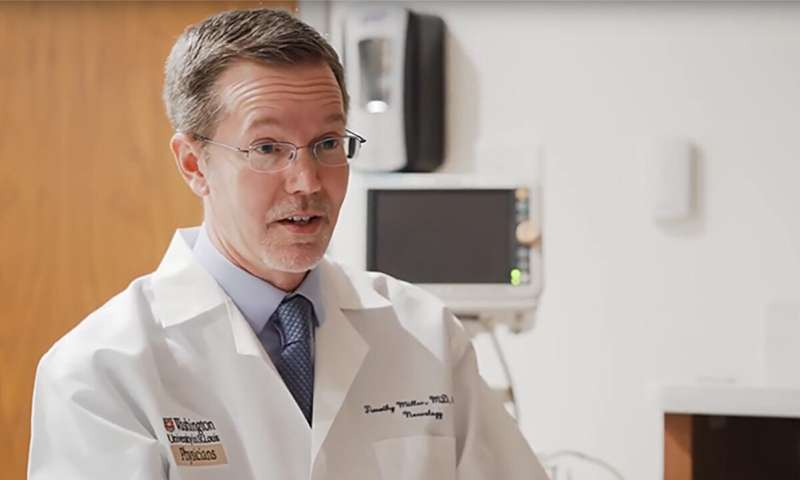 An experimental drug for a rare, inherited form of amyotrophic lateral sclerosis (ALS) has shown promise in a phase 1/phase 2 clinical trial conducted at Washington University School of Medicine in St. Louis, Massachusetts General Hospital in Boston and other sites around the world and sponsored by the pharmaceutical company Biogen Inc. The trial indicated that the experimental drug, known as tofersen, shows evidence of safety that warrants further investigation and lowers levels of a disease-causing protein in people with a type of amyotrophic lateral sclerosis, or ALS, caused by mutations in the gene SOD1.

The results of the study, published July 9 in the New England Journal of Medicine, have led to the launch of a phase 3 clinical trial to further evaluate the safety and efficacy of tofersen.

“ALS is a devastating, incurable illness,” said principal investigator Timothy M. Miller, MD, Ph.D., the David Clayson Professor of Neurology at Washington University and director of the ALS Center at the School of Medicine. “While this investigational drug is aimed at only a small percentage of people with ALS, the same approach—blocking the production of specific proteins at the root of the illness—may help people with other forms of the illness.

“This trial indicated that tofersen shows evidence of safety that warrants further investigation and that the dose we used lowers clinical markers of disease. There are even some signs that it slowed clinical progression of ALS, although the study was not designed to evaluate effectiveness at treating the disease, so we can’t say anything definitive. Overall, the results are just what we hoped for, and a phase 3 trial is currently underway.”

About 20,000 people in the United States are living with ALS. The disease kills the nerve cells that control walking, eating and breathing. Few people survive more than five years after diagnosis, and existing treatments are only modestly effective at slowing the pace of the disease.

About 10% of ALS cases are inherited, and one-fifth of those are caused by mutations in SOD1. Such mutations cause the SOD1 protein to be overly active, so reducing protein levels might help ALS patients with one of these specific mutations.

Tofersen is an antisense oligonucleotide, which is a DNA-based molecule that interferes with the genetic instructions for building proteins. The molecule is designed to block production of the SOD1 protein. In earlier studies in mice and rats with SOD1 mutations, the animals lived longer and showed fewer signs of neuromuscular damage when they were treated with the oligonucleotide.

The researchers found that the drug was generally well-tolerated. Most of the adverse events patients experienced—such as headache, and pain during the procedure and at the site of injection—were linked to the drug being administered via spinal tap. Five patients who received tofersen and two who received placebo experienced serious adverse events, including two deaths in the tofersen group and one in the placebo group.

In addition, the study provided evidence that the drug lowered SOD1 protein levels in the cerebrospinal fluid that surrounds the brain and spinal cord. Protein concentrations dropped by an average of 2% in the low-dose group and 33% in the high-dose group.

Biogen is continuing to provide tofersen to participants in the phase 1/phase 2 trial under an open-label extension, until further evaluation of the drug is complete. Additional participants are being enrolled in a separate phase 3 trial to further assess safety and whether the drug helps patients preserve muscle strength and function, and lengthens survival.

If tofersen proves effective in the phase 3 trial at treating SOD1 ALS, it would directly benefit only a tiny fraction of ALS patients. But this approach could pave the way for other experimental oligonucleotide-based drugs. The Muscular Dystrophy Association, the ALS Association, and the National Institute of Neurological Disease and Stroke at the National Institutes of Health (NIH) helped support the early work on oligonucleotides because of the potential such compounds hold for treating neurodegenerative conditions, many of which are linked to misshapen or abnormally high levels of proteins.