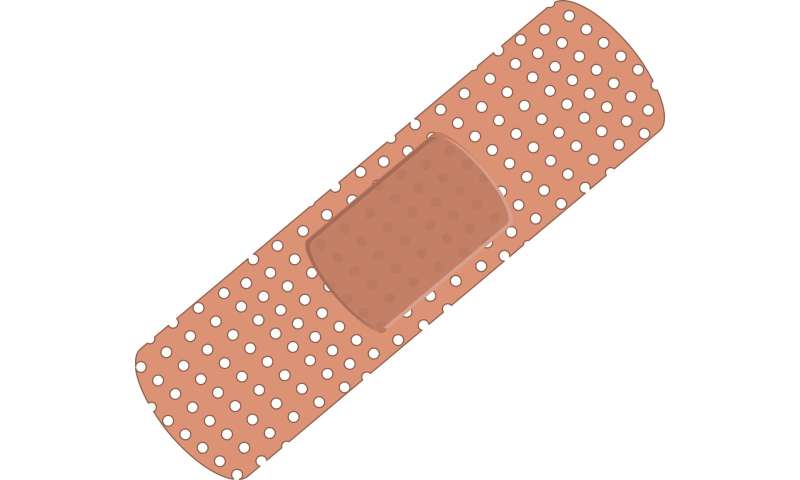 A new method of treating wounds after major trauma costing nearly £150 per dressing may be no more effective in reducing infections than a standard wound dressing priced under £2, a new clinical trial involving the University of Warwick has found.

Major trauma is where a patient suffers injuries to several different parts of their body at the same time or very serious injuries to just one part. Worldwide, it is the leading cause of death in people under 45 years and a significant cause of short and long-term disability. Major trauma is commonly associated with serious limb injuries such as fractured bones, but treatment of these fractures is complicated because the soft-tissues around the bone are also badly damaged. Serious wound healing complications such as deep infection are therefore common.

The type of dressing applied over the wound at the end of the operation may reduce the risk of infection. Negative pressure wound therapy (NPWT), which involves applying gentle suction to the surface of the wound as it heals, is a relatively new treatment that has provided promising early results in patients with surgical wounds associated with major trauma.

However, a new study from the Nuffield Department of Orthopaedics, Rheumatology, and Musculoskeletal Sciences at the University of Oxford with researchers from the University of Warwick, finds that the use of incisional negative pressure wound therapy, compared with standard wound dressing, resulted in no significant difference in the rate of deep surgical site infection (SSI).

Each year the NHS spends between £4.5 – £5.1 billion on wound management. NPWT costs an average of £149.52, compared to £1.87 for standard dressings due to the extra cost of suction pumps. The researchers are due to publish a further economic analysis of the treatments later this year. Exact figures on the number of NPWT dressings currently being used in the NHS is difficult to estimate, according to researchers. Millions of standard dressings are used in the NHS each year, with NPWT also being increasingly used.

Professor Jason Madan from Warwick Medical School was the lead health economist for the WHIST trial. He said: “Our trial-based economic evaluation found no meaningful difference in health-related quality of life between those who received negative pressure wound therapy and those who didn’t. If the NHS stays with standard treatment, patients will be just as healthy, and the money that would have been spent on negative pressure wound therapy can be used in other ways that do improve patients’ health.”

Lead author Professor Matthew Costa said: “Negative pressure wound therapy offered the prospect of reducing patients’ risk of wound infection. However, we needed to be sure about this because the new dressings are more expensive than the current standard care. In the largest study of its kind we found no evidence that negative pressure dressings reduced the risk of deep infection in the surgical wound. The negative pressure dressings were very unlikely to be cost effective. This is important because the NHS spends millions of pounds on wound dressings each year. Using less costly standard treatment will mean savings for the NHS without compromising patient outcomes.”

The randomised clinical trial included 1548 participants each given either NPWT, or standard wound dressing, and the primary outcome measure was deep surgical site infection at 30 days. The research found no significant difference in the infection rate in the NPWT group at 5.84% and in the standard dressing group at 6.68%.

Professor Hywel Williams, Director of the NIHR Health Technology Assessment (HTA) Programme, which funded the research, said: “This large study shows that the new technique of negative pressure wound therapy offers no advantage for reducing deep infections from lower limb fractures compared with standard wound dressings. Stopping their use in this situation could free up resources for the NHS to use elsewhere.

“When most people think of research they usually think of developing new cures and tech innovations, but this valuable study shows that research into existing innovations that are being increasingly used in the NHS can be just as important.”

The results of the trial have been published in the Journal of the American Medical Association (JAMA).

On the menu at China virus market: rats and live wolf pups