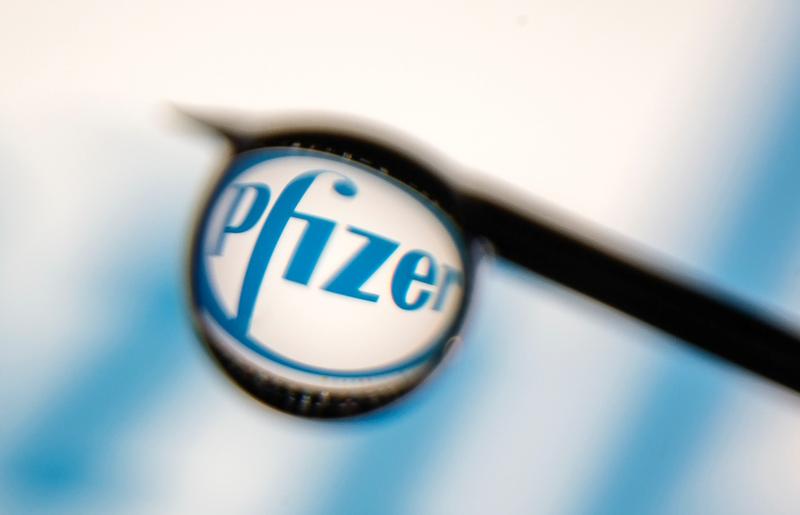 2021-05-17
Pfizer logo is reflected in a drop on a syringe needle in this illustration photo taken March 16, 2021. REUTERS/Dado Ruvic/Illustration

(Reuters) -Europe’s drug regulator on Monday recommended extending the storage time for the Pfizer-BioNTech COVID-19 vaccine at normal fridge temperatures to 31 days from five days, easing logistical challenges during rollouts in the region.

The change is applicable to unopened vials, the European Medicines Agency (EMA) said, adding that the advice by its human medicines committee came after assessing additional stability study data submitted by Pfizer and BioNTech.

“EMA is in continuous dialogue with the marketing authorisation holders of COVID-19 vaccines as they seek to make manufacturing improvements to enhance vaccine distribution in the EU,” the watchdog said.

The EU has allowed for ramped-up production of the Pfizer-BioNTech vaccine in the region and is eyeing a new deal to secure more doses of the shot after the bloc was hit by cuts in the supply of AstraZeneca’s vaccine.

U.S. authorities in February had approved storage and transport of the Pfizer-BioNTech vaccine at standard freezer temperatures of -15 to -25 degrees Celsius for up to two weeks instead of the ultra-cold temperatures between -80 to -60 degrees Celsius it usually requires.

The EU storage change also comes as the U.S. and German drugmakers are seeking approval of the vaccine for inoculating adolescents aged 12 to 15 years. The United States and Canada have started vaccinating this group with the shot, which uses the brand name Comirnaty.

The two-dose vaccine, similar to the one developed by Moderna, uses new mRNA technology to deliver instructions to the human body to build immunity against COVID-19.

With 200 million vaccine doses delivered overall, the EU is on track to achieve its goal of inoculating 70% of its adult population by summer, European Commission President Ursula von der Leyen tweeted on May 9.