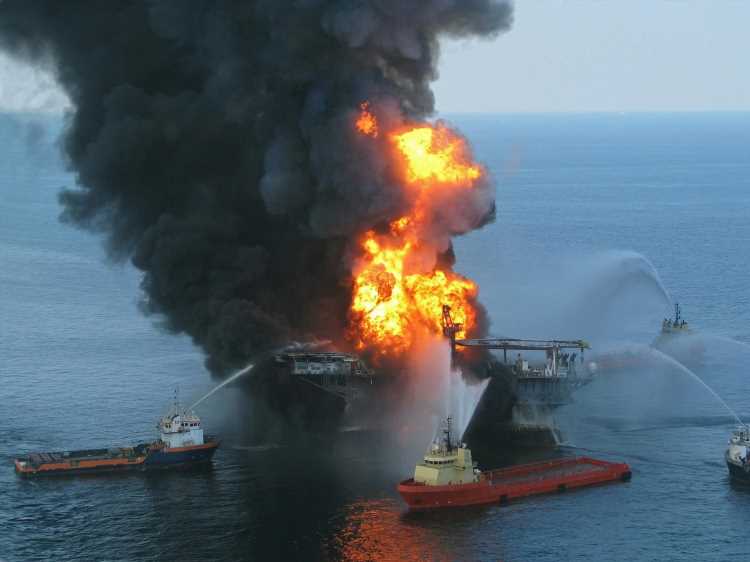 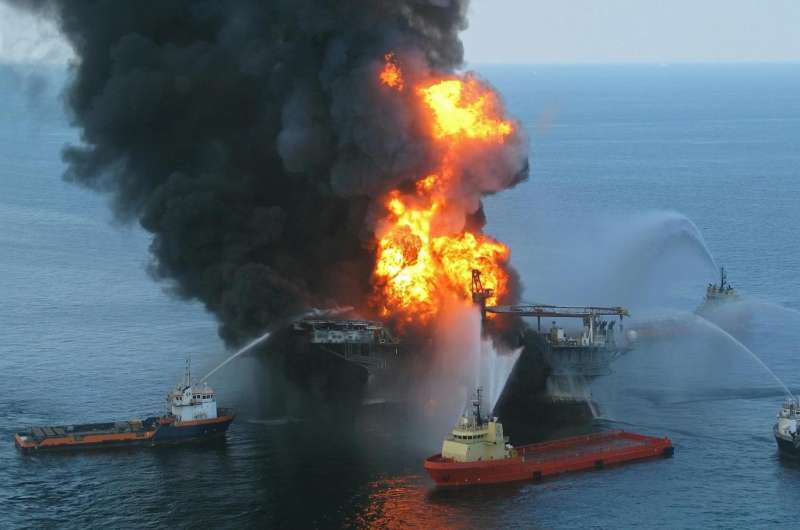 In April 2010, the Deepwater Horizon oil drilling rig explosion in the Gulf of Mexico released millions of gallons of crude petroleum into the water creating slicks miles wide. To break up those slicks, disaster response teams sprayed chemical dispersants primarily from aircraft and naval vessels. A study led by the University of Minnesota School of Public Health (SPH) recently examined the concentrations of the aerosol dispersant in the air and found that it likely wasn’t high enough to harm workers conducting the spraying or active in nearby areas.

The study was led by SPH Associate Professor Susan Arnold and published in the Annals of Work Exposure and Health. Arnold is an expert in chemical exposure assessment and modeling.

During the disaster response, crews used 1.84 million gallons of dispersant to clean up the oil slicks—the largest application of the chemicals ever used. Shortly afterwards, the National Institutes of Health (NIH) launched the Gulf Long-term Follow-up Study to watch for possible adverse health effects in workers involved in the oil spill clean-up. A sub-study from that event found that respiratory symptoms were more prevalent among workers who participated in dispersant-related tasks than those who did not. Repeated exposure to the chemicals are known to place people at risk for a range of health issues from lung problems to potential organ damage. Given the link between reports of respiratory problems and the hazards of dispersants, the NIH funded a study led by Arnold to determine if it was likely that workers came into contact with concentrations of dispersant aerosols high enough to harm them.

“The study was a real challenge because there were no exposure measurements taken while the dispersants were being used,” said Arnold. “So, here, we needed to develop a quantitative estimate of exposure across a diverse group of workers doing different cleanup tasks on the water in three states. We did it by figuring out what other data we could gather and applying the best scientific tools to create a reasonable worst-case estimate of exposure.”

Arnold’s main challenge to finding the answer was there were no direct measurements of dispersant exposure taken among workers while on the scene. This means she had to use her expertise to make very educated estimates of exposure incorporating other known data. To do so, Arnold gathered data from thousands of pages of documentation detailing:

The information was then used to create data to input into existing software for modeling atmospheric exposures. The models calculated accurate estimates of dispersant concentrations in the air at various distances from deployment, using different spraying methods, and so on.

“What the estimates suggest is that for the people who’ve reported adverse health effects and possible dispersant exposure, if the cause is the dispersants, the exposure likely did not come from aerial or ship spraying,” said Arnold.