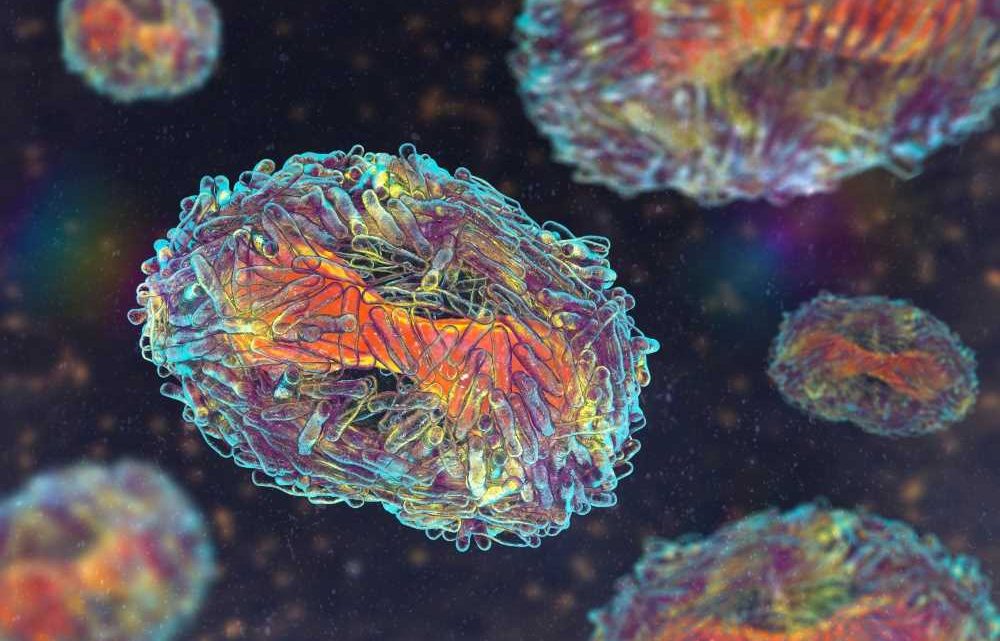 A study published in PNAS Microbiology found that enveloped viruses harbor greater cross-species transmissibility and are more likely to cause zoonotic infections than nonenveloped viruses. The research suggested that viral envelopes aid these pathogens in evading host immunity.

Zoonosis refers to the spread of infectious diseases between animals and humans (or between humans and animals). In the past few decades, the cross-species transmission of viruses from wild or domestic animals to humans (zoonoses) has led to major epidemics. Still, our understanding of this complex process remains limited.

Nevertheless, prior studies have revealed that three factors have been identified as contributing to the risk of zoonotic disease spread – viral genetic material – ribonucleic acid (RNA) viruses may be more susceptible than DNA viruses; replication site – viruses that replicate in the host cytoplasm rather than the nucleus may have an advantage; and genome size – smaller genomes may be more zoonotic.

The enveloped nature of viruses is a characteristic feature that distinguishes them from other organisms. Most zoonotic viruses that have caused human disease in the past were enveloped, such as – smallpox, mpox, coronaviruses, rabies, measles, and influenza.

A virus's genome can provide information regarding host tropism and zoonotic propensity by evaluating characteristics like codon or dinucleotide usage biases and the degree to which these biases reflect those observed in the host-gene transcripts. The fundamental features of viruses remain unknown despite these advancements in understanding cross-species transmission and zoonosis.

Compilation of the top interviews, articles, and news in the last year.
Download a free copy

Following this, the fundamental characteristics of the viruses were defined based on –their genetic material; single or double-stranded; segmented or non-segmented, replicating in the cytoplasm or nucleus, enveloped or nonenveloped, and the genome size.

For each virus, the number of natural host species was identified and recorded, excluding humans, to reduce the possibility of bias. The mammalian viruses were then examined for their potential pathogenicity, i.e., their ability for zoonosis.

The results showed that the number of host species increased more rapidly for enveloped viruses than for non-enveloped viruses, being approximately twice as high for the former type. This difference was also discernible when the envelope factor was combined with the other viral characteristics.

The lack of significant effects of these two features on cross-species transmission meant that their impact on zoonotic propensity could either be due to human-specific factors or, more likely, to biases within the human-infectious virus datasets.

This study also provided insights into how enveloped viruses might infect hosts. It was likely that envelope proteins were structurally less constraining than capsid proteins, allowing enveloped viruses to bind cellular receptors from different host species with greater flexibility, bind to a larger number of alternative receptors, or accommodate host-switch mutations without compromising other functions.

Another possible mechanism is an apoptotic mimicry, in which viral particles are engulfed by host cells disguised as apoptotic bodies with defined membrane lipid conformations and get introduced into the host cells.

The results revealed that enveloped viruses infect more host species and are more likely to be zoonotic than non-enveloped viruses. In contrast, other viral characteristics, such as genome composition, structure, size, and the viral replication compartment, are less significant.

According to this study, viral envelopes did not significantly impact or even reduce the zoonotic risk contrary to the prior belief, and this may help in prioritizing outbreak prevention efforts. A viral envelope may facilitate cross-species transmission by facilitating structural flexibility of the receptor-binding proteins and allowing for overcoming the viral entry barriers.

I am a medical content writer and editor. My interests lie in public health awareness and medical communication. I have worked as a clinical dentist and as a consultant research writer in an Indian medical publishing house. It is my constant endeavor is to update knowledge on newer treatment modalities relating to various medical fields. I have also aided in proofreading and publication of manuscripts in accredited medical journals. I like to sketch, read and listen to music in my leisure time.