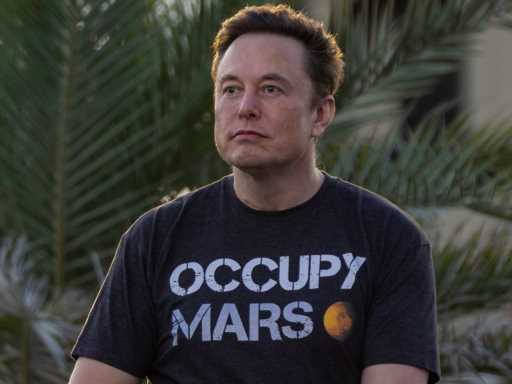 Elon Musk is starring in today’s episode of ‘What Not To Do As a Parent.’ The 51-year-old business and technology tycoon addressed his estrangement from his 18-year-old daughter, Vivian Wilson, in an interview with the Financial Times, and it’s a truly horrible take.

The SpaceX founder told the publication that Wilson wishes to distance herself from him due to “neo-Marxists” at educational institutions, saying, “It’s full-on communism and a general sentiment that if you’re rich, you’re evil.”

While he added that their relationship “may change” in the future, he also grossly commented, “I have very good relationships with all the others,” regarding his eight children in addition to Wilson, continuing, “Can’t win them all.” BRB, we’re both vomiting and raging at the same time.

Wilson, who transitioned genders and legally changed her name four months ago, seems to harbor no lost love for her father either. In addition to changing her first and middle name, she also opted to drop Musk and go by Wilson as her last name, which is her mother’s maiden name.

TMZ reported that Wilson cited “gender identity and the fact that I no longer live with or wish to be related to my biological father in any way, shape or form” as the reasons for her name change petition. Ruthless but warranted given Musk’s callous disregard for one of his eldest twins.

Wilson shares four siblings (Griffin, 18, and Saxon, Kai, and Damian, 16) between Musk and her mother, Justine Wilson, who was married to the Tesla CEO from 2000-2008. Musk is also father to X AE A-XII, 2, and Exa, 10 months, whom he shares with ex-girlfriend Grimes, and he just had twins with Shivon Zilis, one of his top executives at Neuralink, in November 2021.

You’d think with 9 children, he’d be a bit better at parenting, but if his latest comments regarding Wilson are any indication, he still has plenty of work to do.

Before you go, check out these celebrity LGBTQ+ families who are proving that love is love.