How can I safely treat my husband’s skin condition? Dr Martin Scurr explains the rosacea treatments on offer

My husband is 81 and has rosacea of the nose, for which he has been prescribed metronidazole.

But I’ve read it can cause seizures and serious side-effects in older patients.

Rosacea is also said to be linked to Parkinson’s, which he has. Can you suggest a safer alternative?

Don’t be alarmed: these warnings regarding metronidazole only apply when the drug is taken by mouth or injected, and are most relevant to patients with impaired liver or kidney function.

When metronidazole is used to treat rosacea it is applied topically, as a gel, and little is absorbed through the skin. However, there are other treatment options.

Rosacea is a chronic skin condition that causes facial redness — when it affects the nose it is known as rhinophyma. There is often thickening of the skin, irregular texture and an increase in the size of the sebaceous (oil secreting) glands or pores, leading the nose to appear more bulbous. 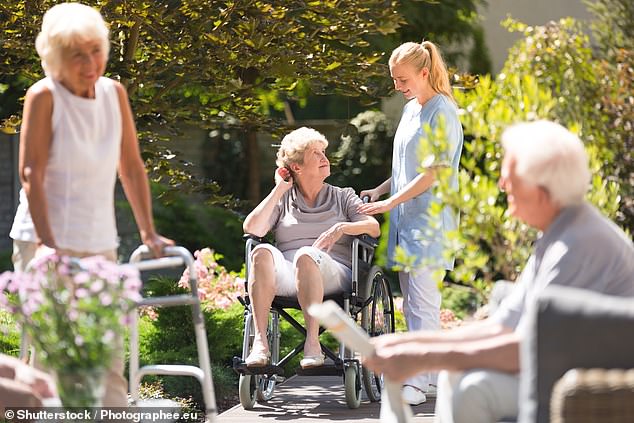 As for the relationship between rosacea and Parkinson’s disease, the only link I can find is tenuous, writes DR MARTIN SCURR (stock image)

Azelaic acid, a prescription- only cream, would be one treatment option. It has been found to reduce inflammation and redness, with studies showing that it is at least as effective as metronidazole in rosacea — though only a few tests have been done specifically on rhinophyma.

There is also strong evidence for brimonidine gel in dealing with the redness of rosacea. Originally a treatment for the eye complaint glaucoma, it was noticed that it was good for rosacea when it trickled down the cheeks of people using it who had both conditions.

Thirdly there is ivermectin — a prescription-only cream which, like metronidazole, kills certain micro-organisms linked to rosacea and has anti-inflammatory effects.

It is more effective than metronidazole for rosacea — but again there are no reports on its use for rhinophyma specifically.

As for the relationship between rosacea and Parkinson’s disease, the only link I can find is tenuous — that certain neurological disorders, like Parkinson’s, can also lead to flushing.

I advise you visit the GP with your husband and ask for one of the creams listed above.

In my view… GP home visits are a vital lifeline

I am filled with concern that my colleagues in general practice have voted to abandon home visits — and a recent experience emphasised my misgivings.

Last weekend my 93-year-old neighbour with poor vision, fell over in her bathroom at 5am — at the time I was away.

She felt bruised and it hurt to breathe, and knowing she would have little joy from her GP she dialled 111, and paramedics eventually arrived. 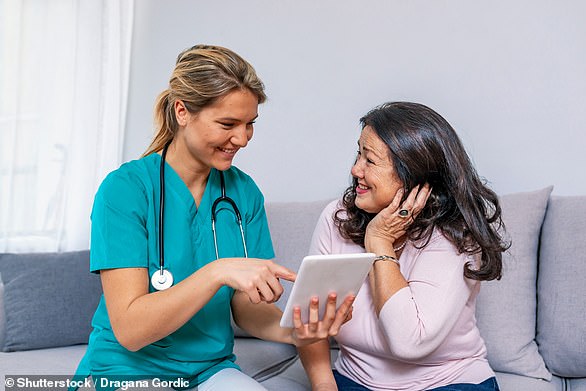 I am filled with concern that my colleagues in general practice have voted to abandon home visits — and a recent experience emphasised my misgivings, writes DR MARTIN SCURR (stock image)

At hospital she had to wait in the ambulance for two hours as A&E was so busy. After she was finally given a chest X-ray, which appeared normal, she was told to go home.

But how? The ambulance service does not provide a return service and she cannot drive. Eventually she was taken home by a kind neighbour.

I saw her three days later — her symptoms had not subsided and I immediately identified her pain as being due to a cracked rib. These are rarely visible on X-rays but often patients are relieved to have a diagnosis.

How much better if she had been able to stay at home, assessed by her own doctor? The ambulance and visit to A&E were resources squandered.

Doctors who say eliminating home visits is the way forward have lost sight of what being a GP is all about.

Immune to influence: How attitudes toward the flu vaccine are shaped by online sources

In the fight for money for the opioid crisis, will the youngest victims be left out?
Recent Posts