Doctors finally identified and carefully removed the source of a man’s incessant headaches and vomiting: a tapeworm that had been lodged in his brain for a decade.

Parasitic infections with tapeworms aren’t terribly uncommon, but for one to reach the brain is about as rare as it is horrifying.

An Austin, Texas, man identified only as ‘Gerardo’ likely acquired the infection – called neurocysticercosis – from eating under-cooked pork while he was in Mexico.

Now that the parasite has been removed, Gerardo is expected to make a full recovery, but the worm and its larvae could have killed him, doctors told CBS 21. 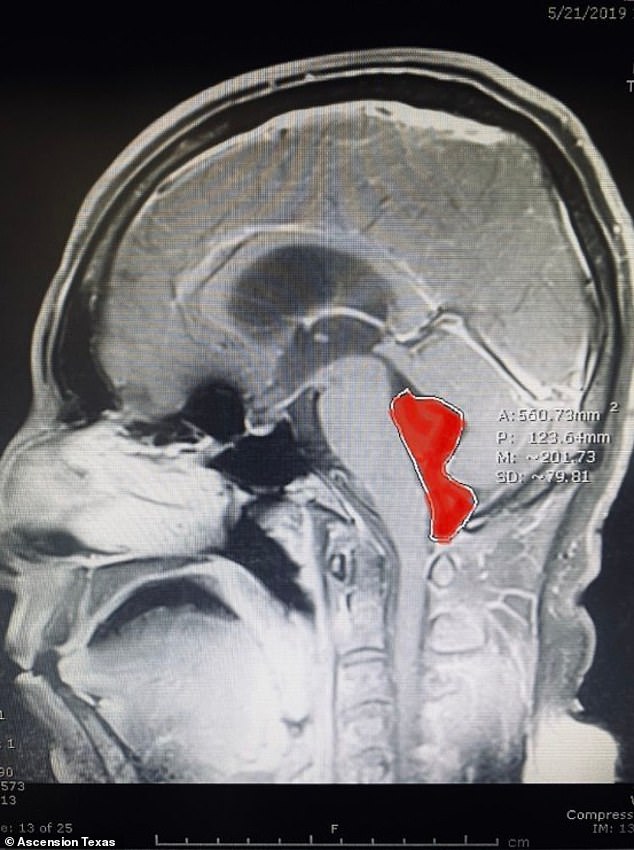 A 4cm larval sac from a tape worm (red) was discovered in the brain of Gerardo, from Texas

For months on end, Gerardo has endured headaches.

Sometimes, they were so bad they’d make him nauseous.

Once, last year, Gerardo passed out on the field during a soccer game.

‘It’s very intense, very strong…it made me sweat too, sweat from the pain, pain in the head and then I would vomit from the pain,’ Gerardo told CBS 21.

When he finally got himself checked out, Dr Jordan Amadio, a neurosurgeon at Dell Seton Medical Center made a shocking discovery.

A brain scan revealed a mass sitting near his brain stem. It showed up in red, about 4cm long.

But further tests ruled out a tumor. Instead, doctors realized it was a tape worm, and a ‘pretty big’ one at that, said Dr Amadio.

Neurocysticercosis strikes about 4,000 people a year in the US, making it the most common way that parasites infect the central nervous system.

Still, it’s an unusual complication of a common occurrence.

The tapeworm Taenia Solium often infects pigs, laying larvae in them. If cook isn’t properly cooked, humans can wind up eating these larvae, which hatch in the intestines.

If people don’t pass the worms, their life cycle will continue: Taenia Solium will lay its eggs in the person’s body.

These larvae develop in sacs or cysts, that can travel around the body, in rare cases, reaching the brain as Gerardo’s did.

‘This can go undetected for years, so you can eat by accident a microscopic egg from the tapeworm larva and not know it for years,’ said Dr Amadio. 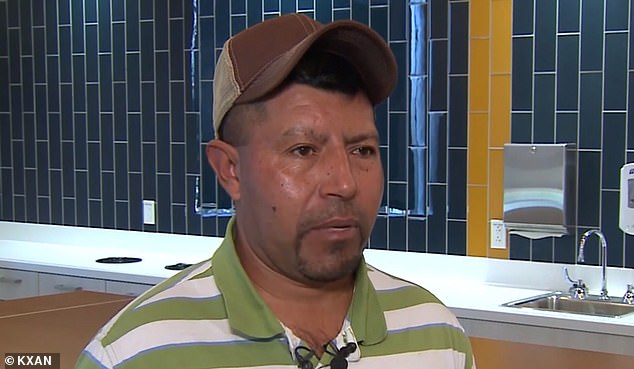 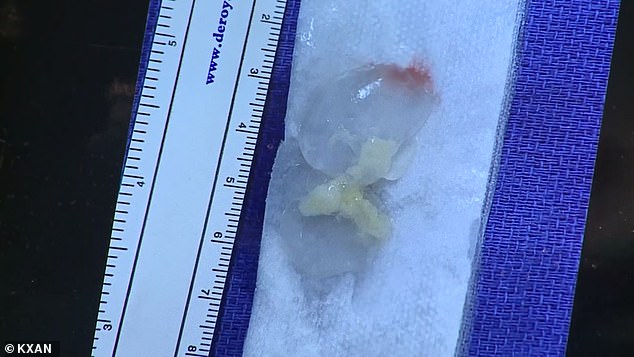 Now that the parasite has been removed from his brain, after a decade, Gerardo should make a full recoveru

‘They can grow inside the body without causing symptoms until they get big enough.’

For years, Gerardo had no idea that his brain was infected.

Some patients don’t realize their bodies are life-threateningly infected with cysts until it’s too late, as was the recent tragic case for an 18-year-old Indian boy, whose brain and body were so riddled with the cysts that it killed him.

Although the worm’s larva was likely inside his brain for a decade or more – after the trip to Mexico when he suspects he ate the offending port – doctors were able to take it out, and his life is restored.

‘In certain regions of the country, like Texas and California, this can be more common,’ warned Dr Amadio.

‘So, there’s something, I think definitely for every medical professional to be aware of.

‘It is not commonly seen and can actually masquerade as different things.’