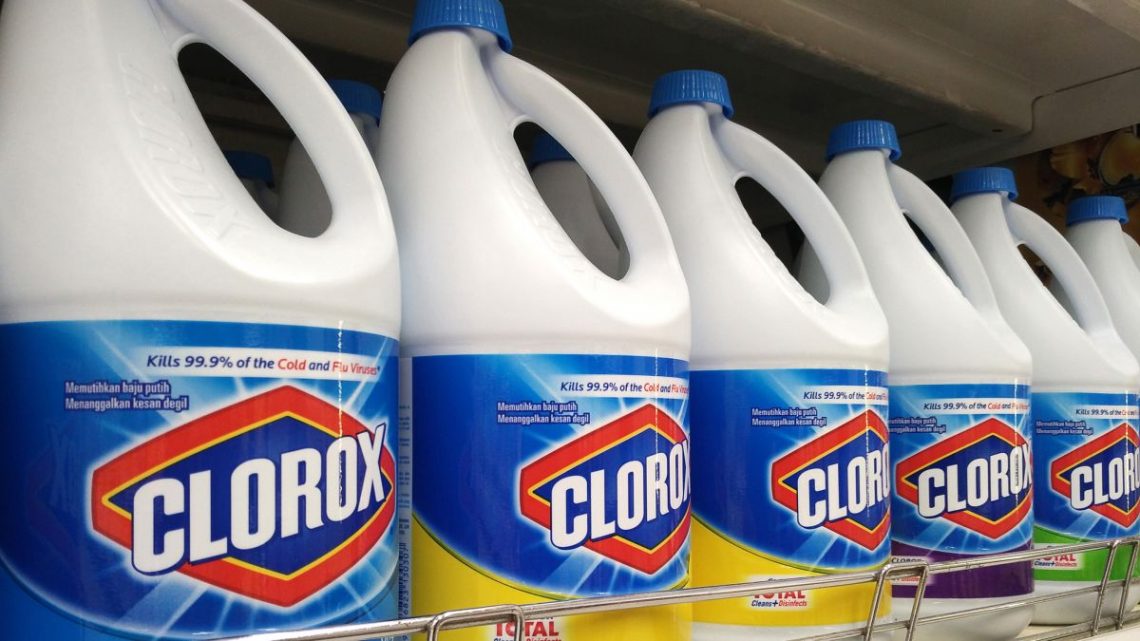 The president of the United States asked during his daily press briefing on Thursday (April 23) if perhaps injecting the lungs with disinfectant or bringing ultraviolet light “inside the body” could knock out the coronavirus called SARS-CoV-2.

For anyone wondering whether “disinfectant injections” are around the corner, the answer is absolutely not.

“My concern is that people will die. People will think this is a good idea,” Dr. Craig Spencer, director of global health in emergency medicine at New York-Presbyterian/Columbia University Medical Center, told The Washington Post. “This is not willy-nilly, off-the-cuff, maybe-this-will-work advice. This is dangerous.”

Donald Trump’s questions came after Bill Bryan, acting under secretary for Science and Technology at the Department of Homeland Security, presented research suggesting the coronavirus doesn’t live as long in saliva droplets in warmer, more humid conditions. Bryan went on to describe the division’s research showing that bleach and isopropyl alcohol kill SARS-CoV-2 in 5 minutes and 30 seconds, respectively. Sunlight and high temperatures together also seem to shorten the virus’s life, he said.

That prompted Trump. “Supposing we hit the body with a tremendous, whether it’s ultraviolet or just really very powerful light … and I think you said that hasn’t been checked,” Trump said. “Supposing you brought the light inside the body, which you can do through the skin or in some other way, and I think you said you’re going to test that too. It sounds interesting.”

Trump then suggested some sort of disinfectant injections, saying “I see that the disinfectant knocks it out in a minute, is there a way we can do something like that, an injection inside, almost a cleaning, because you see it gets inside the lungs, and it does a tremendous number of… are you going to test that … you’re going to have to use medical doctors, but it sounds interesting.”

After Trump’s comments, the company that makes Lysol and Dettol issued a statement telling people not to drink or inhale its products. “As a global leader in health and hygiene products, we must be clear that under no circumstance should our disinfectant products be administered into the human body (through injection, ingestion or any other route),” the company wrote in the statement. “As with all products, our disinfectant and hygiene products should only be used as intended and in line with usage guidelines.”

Dangerous bleach-ingestion advice related to the coronavirus was already making the rounds online. On April 17, the Food and Drug Administration issued a temporary injunction in federal court ordering a group to stop selling “an unproven and potentially harmful treatment for COVID-19” made of bleach and called “miracle cure.” The FDA has warned against bleach-based “cures” since at least 2010, when such solutions were claimed to cure everything from autism to hepatitis and HIV to the flu and common cold. Last year in one of their warnings, the FDA said: “The bottom line: Sodium chlorite products [or bleach] are dangerous, and you and your family should not use them.”

Turns out, there is quite a bit of science looking at the effects of UV light on the body and even past examples of what bleach-type substances do inside the human body. Still, nobody has come up with an actual “disinfectant injection.” For the same reason we use sunscreen at the beach and use bleach to kill things, humans should not expose their bodies to toxic substances.

When ingested, sodium hypochlorite (household bleach) can cause what is called “liquefactive necrosis,” or a process that results in the transformation of tissue into a liquid viscous mass. The bleach can also damage cells as the sodium reacts with proteins and fats in a person’s tissues in a process called saponification (soap), medical doctors reported in 2018 in a publication by the Emergency Medicine Residents’ Association.

A 65-year-old man who swallowed a bleach tablet thinking it was headache medicine learned this the hard way: He landed himself in the hospital for weeks, Live Science previously reported. During that time, he lost his voice and his throat tissue started to die, researchers reported in 2018 in the British Medical Journal (BMJ).

Every year between 2012 and 2016, poison control centers in the U.S. received 43,000 to 46,000 calls related to household bleach, from calls about accidental or other ingestion to inhalation of fumes, researchers reported in 2019 in the journal Clinical Toxicology. The researchers point out “those who ingest a large amount of a dilute formulation or a high concentration preparation [of bleach] can develop severe, and rarely fatal, corrosive injury.”

Wondering whether an injection of isopropyl alcohol is in order? Stop there, it’s not. Case in point: A 35-year-old man tried this, drinking from a bottle of 91% rubbing alcohol after a trip to the grocery store had him worried he had been infected with COVID-19 from touching his face, a doctor reported on MedPage Today. His mom found him unconscious on the floor. When a person ingests isopropyl alcohol it goes from the stomach to the liver, where it gets broken down into acetone and then travels through the circulatory system, MedPage said. The body can’t break down that acetone further so it must be excreted over time in urine; and it can harm the nervous system. In this particular case, the man “came out of his coma and was sent home a day later,” MedPage Today reported.

For a limited time, you can take out a digital subscription to any of our best-selling science magazines for just $2.38 per month, or 45% off the standard price for the first three months.View Deal