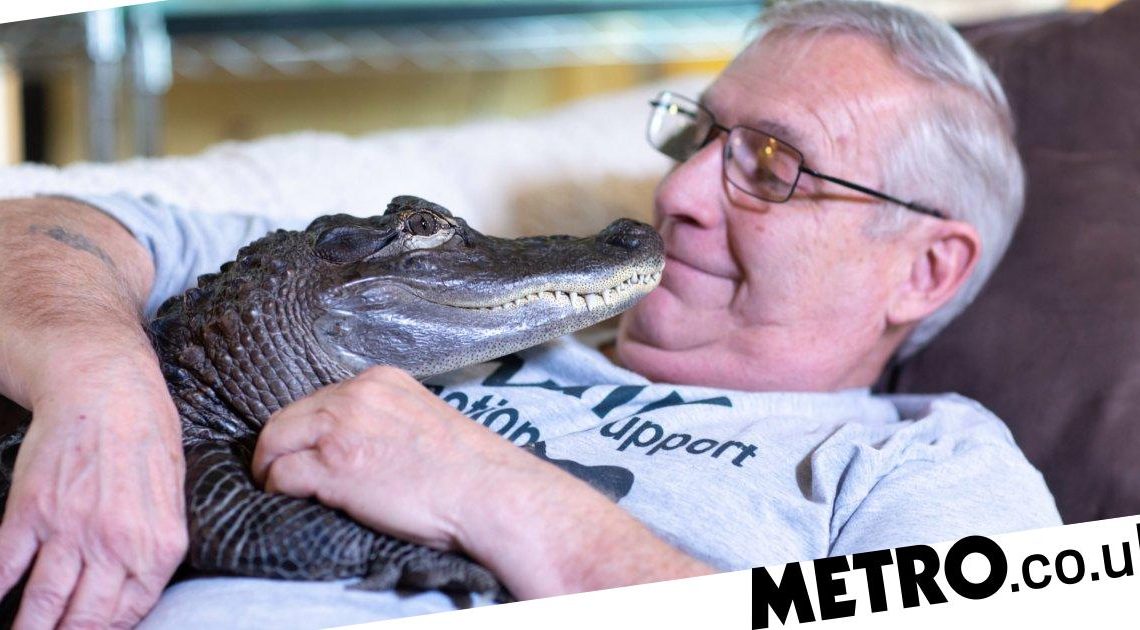 They tend to be pets such as cats and dogs but they can also be unlikely animals such as squirrels (although more unusual animals don’t always go down well).

But one man has revealed he finds comfort in his pet alligator.

And it’s not the only reptile Joie lives with.

The 65-year-old’s house boasts a variety of reptiles, ranging from bearded dragons to ball pythons.

The one that steals the show, however, is four-year-old Wally, who has a special place in Joie’s heart.

While most of us might be scared to go near an alligator, Joie insists the animal is super friendly and loves giving hugs and kisses.

Little Wally is now four and was rescued from outside Orlando when he was 14 months old.

Joie says Wally could one day be 16 foot long.

Wally has never bitten anyone and is even afraid of cats, according to Henney.

Joie explained: ‘He’s far from a typical alligator, he loves cuddling and he loves giving kisses’.

As well as having full run of the house, Wally is regularly taken out for walks to parks, malls and even restaurants.

Joie, who refused to take medication when going through depression, found great relief in interacting with Wally the alligator.

Coronavirus: Expert shares advice from China on how to kill the virus – key tips