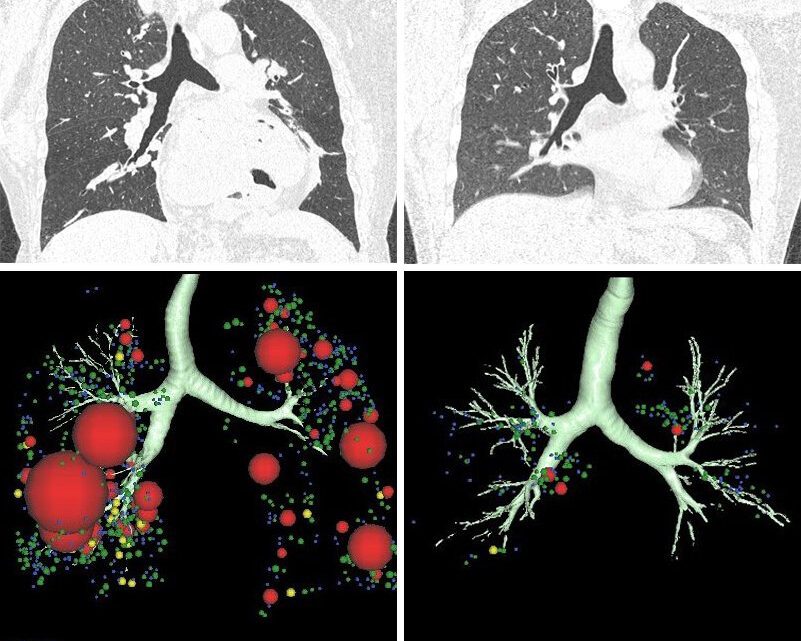 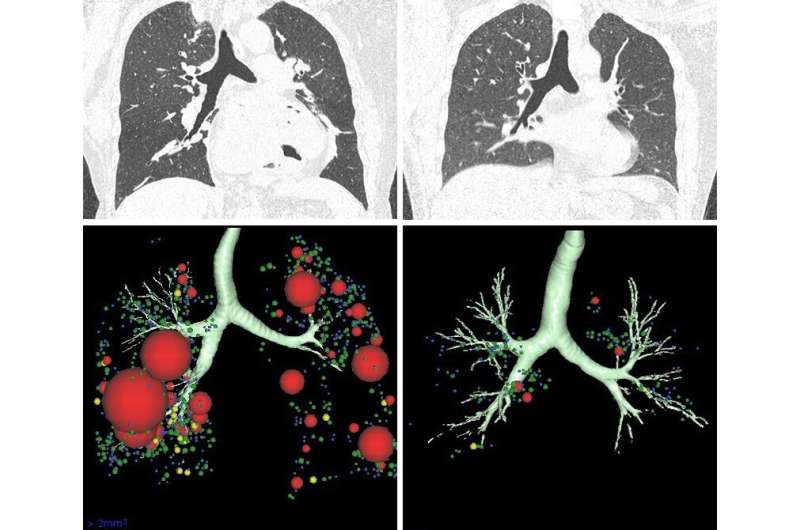 A novel CT scan-based approach has revealed significant changes in a parameter indicating lung destruction in some asthmatics. This finding could lead to more personalized treatments for asthma accompanied by persistent airflow limitation.

Clinicians have long thought that some people with asthma experience declines in their lung function, called fixed airflow obstruction (FAO), due to changes to their airways. Now, scientists at Hokkaido University and colleagues have found that the issue in these people could extend to the surrounding lung tissue. They published their findings in the Journal of Allergy and Clinical Immunology.

“Bronchial asthma is considered to be mainly due to inflammation and remodeling of the larger respiratory airways,” explains respirologist Kaoruko Shimizu of Hokkaido University. “But not all asthmatics improve with the typical treatments prescribed to alleviate this condition. We wanted to know if changes to the surrounding lung tissue induced a decline in pulmonary function over time in this subgroup of patients,” she explains.

Shimizu and her colleagues applied a novel computer tomography (CT)-based approach to detect changes in lung tissue. In this approach, the scientists examined CT scans employing an index called “exponent D” for areas of reduced lung density with increasing coalescence of neighboring airspaces, which indicates emphysema, or the destruction of air sacs. The team also measured airway obstruction by testing the ability of people with asthma to forcefully exhale air in one second. This ability is reduced when the airways are narrower.

The tests examined around 200 people with varying degrees of asthma, who were then followed up annually for five years. The group included smokers and non-smokers.

The researchers found that people with asthma who experienced persistent airflow limitation, regardless of the severity of their asthma or their smoking status, exhibited constricted airways and also showed signs of lung tissue destruction.

The changes to lung tissue on CT scans in this subgroup of asthmatic patients were not associated with the typical inflammatory markers linked to bronchial asthma. This is important, because it could explain why conventional anti-inflammatory treatments are not as successful in this group.

A diet consisting mainly of fruit is bad for you