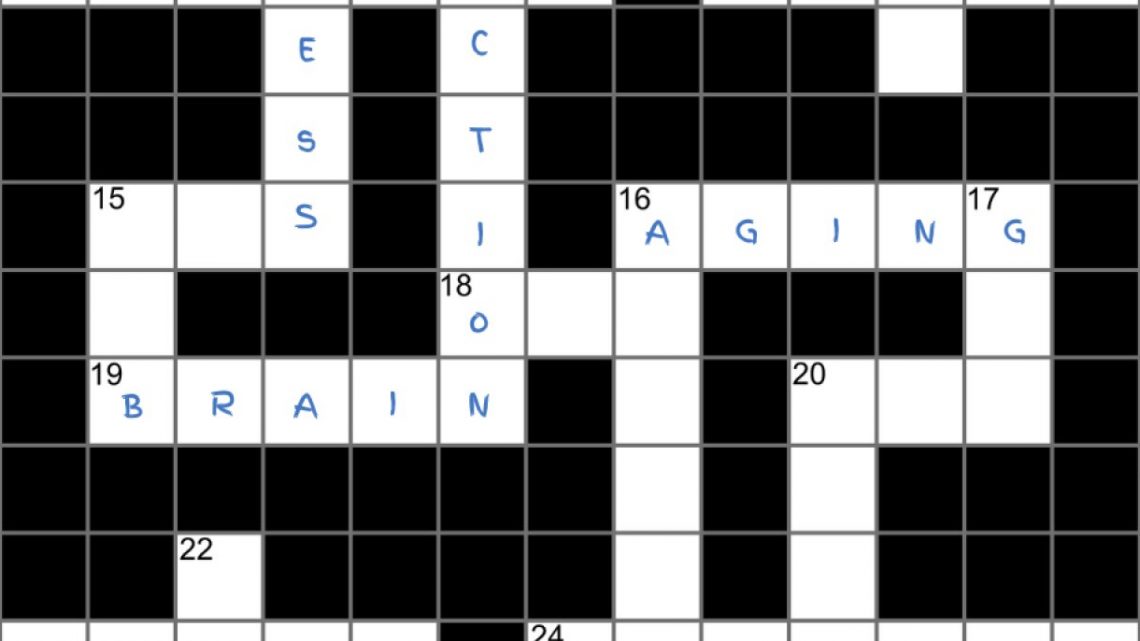 A new study by researchers from Columbia University and Duke University published in the journal NEJM Evidence shows that doing crossword puzzles has an advantage over computer video games for memory functioning in older adults with mild cognitive impairment.

In a randomized, controlled trial, led by D.P. Devanand, MD, professor of psychiatry and neurology at Columbia, with Murali Doraiswamy, MD, professor of psychiatry and medicine at Duke, researchers determined that participants (average age 71) trained in doing web-based crossword puzzles demonstrated greater cognitive improvement than those who were trained on cognitive video games.

“This is the first study to document both short-term and longer-term benefits for home-based crossword puzzles training compared to another intervention,” said Dr. Devanand, who oversees brain aging and mental health research at Columbia. “The results are important in light of difficulty in showing improvement with interventions in mild cognitive impairment.”

Crossword puzzles are widely used but have not been studied systematically in mild cognitive impairment, which is associated with high risk for dementia, including Alzheimer’s disease.

To conduct their study, researchers at Columbia and Duke randomly assigned 107 participants with mild cognitive impairment (MCI) at the two different sites to either crossword puzzles training or cognitive games training with intensive training for 12 weeks followed by booster sessions up to 78 weeks. Both interventions were delivered via a computerized platform with weekly compliance monitoring.

The most striking findings of the trial were:

“The benefits were seen not only in cognition but also in daily activities with indications of brain shrinkage on MRI that suggests that the effects are clinically meaningful,” Dr. Devanand said.

The study also highlights the importance of engagement. Based on remote electronic monitoring of computer use, participants at a later stage of impairment may have better engaged with the more familiar crossword puzzles than with computerized cognitive games.

Two strengths of the trial are the 28% participation rate of individuals from racial and ethnic minority groups and the low drop-out rate (15%) for such a lengthy home-based trial. A study limitation was the absence of a control group that did not receive cognitive training.

While these results are highly encouraging, the authors stress the need for replication in a larger controlled trial with an inactive control group.