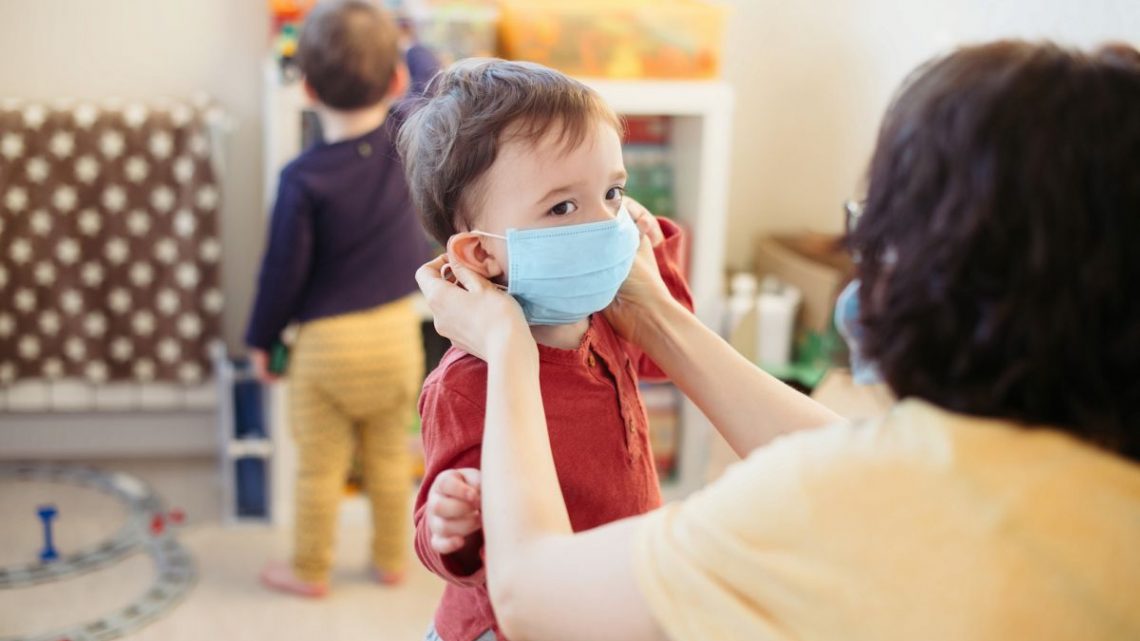 Since children make up only a sliver of known cases of the coronavirus causing COVID-19, not as much is known about the effects of the virus on this population. But more and more data, such as a new case report describing five children hospitalized with COVID-19 with non-respiratory symptoms, suggests that the virus can affect children in unexpected ways.

“We don’t know everything about this virus and we really better be very careful, particularly when it comes to children,” Dr. Anthony Fauci, the director of the National Institute of Allergy and Infectious Diseases said yesterday (May 12) during the question-and-answer portion of his testimony to the U.S. Senate Health Committee. “I think we better be careful [that] we are not cavalier in thinking that children are completely immune of the deleterious effects.”

For example, in New York and Boston as well as in the U.K. and other European countries, dozens of children have been hospitalized with a mysterious inflammatory syndrome that doctors think could be linked to COVID-19. These children have varying symptoms that are similar to those found in two rare conditions: toxic shock syndrome, caused by toxins produced by bacteria, and Kawasaki disease, a childhood illness that causes inflammation in blood vessel walls, according to a previous Live Science report.

Still, children have largely escaped the worst of the virus. In an analysis of 46 pediatric intensive care units across the U.S. and Canada between March 14 and April 3, just 48 children were admitted to 14 different pediatric intensive care units in the U.S. and in Canada, that number was zero, according to a new report published May 11 in JAMA Pediatrics. Of those children, 40 had pre-existing conditions — 35 of which were respiratory syndromes — and 18 required ventilation. “Severe illness in children is significant but far less frequent than in adults,” the authors wrote in the report.

Another case report, published yesterday (May 12) in the journal Frontiers in Pediatrics, describes five cases of children, ranging from an average of 2 months to 5.6 years old, who were hospitalized in Wuhan, where the outbreak first began, with non-respiratory symptoms. They all later tested positive for COVID-19.

“Most children are only mildly affected by COVID-19 and the few severe cases often have underlying health issues,” Dr. Wenbin Li, chief pediatrician at Tongji Hospital in Wuhan, China, and lead author of the new case report, said in a statement. “It is easy to miss its diagnosis in the early stage, when a child has non-respiratory symptoms or suffers from another illness.”

These children had gone to the emergency department for “unrelated problems,” Li said. One had a kidney stone, another had experienced a head trauma, he added. Four of these children were all hospitalized with digestive tract symptoms such as abdominal pain, vomiting and diarrhea.

The doctors found through CT scans that all of the children, either before or soon after admission had pneumonia. “While their initial symptoms may have been unrelated, or their COVID-19 symptoms were initially mild or relatively hidden before their admission to hospital, importantly, 4 of the 5 cases had digestive tract symptoms as the first manifestation of this disease,” Li said.

So in regions where this virus is epidemic, children who have digestive tract symptoms, along with fever or history of exposure to someone with the coronavirus, “should be suspected of being infected with this virus,” Li said. These gastrointestinal symptoms, which have also been recorded for some adults with COVID-19, suggest that there could be another route of infection in the body via the digestive tract, according to the authors.

The coronavirus infects the human body through what’s called the ACE2 receptor, which sits on the surface of human cells. These receptors are not only present in the lungs, but also throughout the body, such as in the heart and the respiratory tract. “This suggests that COVID-19 might infect patients not only through the respiratory tract in the form of air droplets, but also through the digestive tract by contact or fecal-oral transmission.”

Li hopes that these findings will be helpful in diagnosing children with COVID-19 in the future, but notes that more studies are needed to fully understand how the virus can impact children, according to the statement.

For a limited time, you can take out a digital subscription to any of our best-selling science magazines for just $2.38 per month, or 45% off the standard price for the first three months.View Deal

Touch forms bonds and boosts immune systems. Here’s how to cope without it during coronavirus
Recent Posts