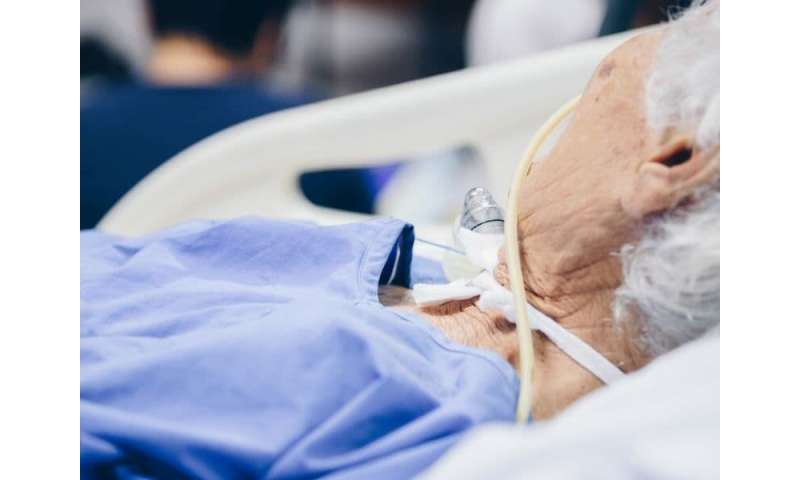 (HealthDay)—New York City’s COVID-19 death rate was more than double that of some countries, and the city’s oldest people had the highest risk of death, researchers report.

They used a computer model to analyze over 191,000 lab-confirmed COVID-19 cases along with more than 20,000 confirmed and probable COVID-19 deaths in New York City from March 1 to May 16.

During that time, the city’s death rate was 1.45%—meaning between 1% and 2% of New Yorkers infected with COVID-19 died.

That’s more than twice the rate already reported elsewhere. For example, COVID-19 death rates in both China and France, where most estimates have come from, were about 0.7%, according to the researchers.

So far, the U.S. death rate is unclear, researchers from Columbia University and the New York City Department of Health and Mental Hygiene said.

“These dire estimates highlight the severity of COVID-19 in elderly populations and the importance of infection prevention in congregate settings,” wrote the authors led by Wan Yang, an assistant professor of epidemiology at Columbia’s Mailman School of Public Health, in New York City.

“Thus, early detection and adherence to infection control guidance in long-term care and adult care facilities should be a priority for COVID-19 response as the pandemic continues to unfold,” they said in a Columbia news release.

But the researchers warned that the risk to young people should not be taken lightly. Some children have developed post-infection Multi-System Inflammatory Syndrome.

Yang and her colleagues noted that public and private health systems in New York City are stronger than many other places in the United States, so COVID-19 death rates may be even higher in other parts of the country and other nations.

“It is thus crucial that officials account for and closely monitor the infection rate and population health outcomes and enact prompt public health responses accordingly as the pandemic unfolds,” the authors wrote.

“As the pandemic continues to unfold and populations in many places worldwide largely remain susceptible, understanding the severity, in particular, the IFR [infection fatality rate], is crucial for gauging the full impact of COVID-19 in the coming months or years,” they concluded.

What July's Full Moon In Capricorn Means For You
Recent Posts
We and our partners use cookies on this site to improve our service, perform analytics, personalize advertising, measure advertising performance, and remember website preferences.Ok