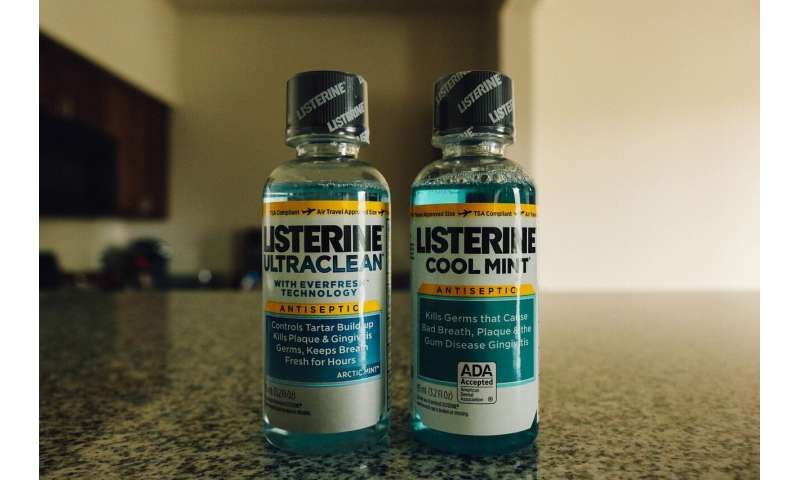 Hydrogen peroxide can be used to disinfect items around the house, or as an antiseptic to keep minor skin cuts from getting infected. So why not rinse your mouth with the colorless, caustic liquid to kill the coronavirus?

This idea isn’t like President Donald Trump’s potentially deadly suggestion that led to memes of him swigging Clorox bleach. Mouthwashes with low concentrations of hydrogen peroxide are on the market and may help treat gum disease caused by bacteria.

This month, British researchers published a review in the journal Function of mouthwash chemicals, including hydrogen peroxide, that they say “should be considered as a potential way to reduce transmission” of the coronavirus.

“The virus doesn’t just sit inside the mouth, so (that) if we swish it will be dead,” said Mark S. Wolff, dean of the University of Pennsylvania School of Dental Medicine. “A chemical in the mouth is not getting into the nasal cavity or the lungs. And if I’m coughing, I’m reinfecting my mucosa”—the membranes that line the respiratory system.

And there are other problems with the idea. Like toxicity. And no solid science.

“Some of these agents, such as ethanol and hydrogen peroxide, may, if used several times a day over a period of two to three months, induce inflammation” in the mouth and throat, warned the British team, led by Valerie B. O’Donnell, director of the division of infection and immunity at Cardiff University School of Medicine.

Thomas E. Rams, director of the oral microbiology testing lab at Temple University’s Kornberg School of Dentistry, said, “It’s all supposition at this point. There are no studies or solid data.”

Studies are not in the works, Rams added, because dental practices were shut down except for emergencies. (On May 8, Pennsylvania revised state guidance to allow all dental procedures provided they can be performed safely.)

This is “an under-researched area,” the British scientists acknowledged.

Still, the researchers theorize that the fatty shell encasing the coronavirus can be broken down by certain mouthwash ingredients—including grain alcohol; chlorhexidine, a long-lasting form of iodine; and hydrogen peroxide. The idea is supported, they say, by published studies of other enveloped viruses, including the coronaviruses that cause the common cold.

But even if mouthwash temporarily killed off coronavirus in the mouth and upper throat, that doesn’t mean it would reduce the spread of COVID-19. Coronavirus infection can be spread in droplets coughed by a sick person, but people who have no symptoms and even some people who have recovered still release the virus when they breathe or speak. Public health experts say that washing your hands and not touching your face will reduce transmission.

“Although all these mouthwash chemicals may have activity against the coronavirus, none protect against transmission,” Wolff said. “If you touch your eyes or nose, the mouthwash isn’t helping with that.”

There have been some randomized clinical trials. One involved 19,500 Japanese nursery school tykes. Half of them gargled at least once a day with green tea, ozone water, or salt water to see if it would prevent fevers and school absences. The garglers developed fewer fevers than the non-garglers, but school absences were about the same in both groups.

Another Japanese trial looked at whether gargling three times a day with long-lasting iodine or water could prevent upper respiratory infections in adults. Plain old tap water was modestly effective.

“Rinsing with iodine is effective against bacteria, but tastes disgusting,” Wolff noted.

Because dentistry is all about working in patients’ mouths, dentists need to be extra careful about personal protective gear, cleaning, and screening patients. As for mouthwash, the American Dental Association advises that dentists may want to have patients use a mouthwash with very diluted hydrogen peroxide or long-lasting iodine before a procedure.