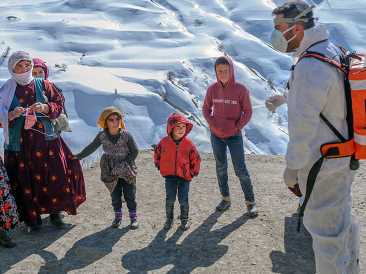 CoronaVac vaccine safe and effective according to interim data 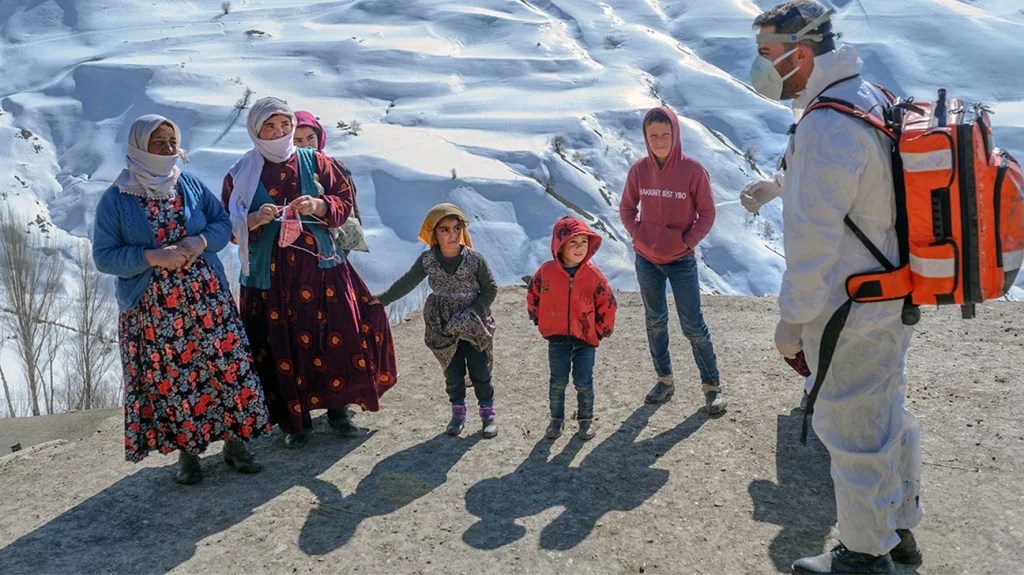 In a new study presented at the 31st European Congress of Clinical Microbiology & Infectious Diseases, scientists report that the CoronaVac vaccine offers 83.5% protection against symptomatic COVID-19, based on interim phase 3 trial results.

The findings, which appear in The Lancet, are further good news for the effectiveness of vaccines against SARS-CoV-2.

Since the emergence of SARS-CoV-2 and its rapid spread around the world, scientists have been racing to produce safe and effective vaccines.

Early vaccine candidates — such as the Oxford-AstraZeneca vaccine and the Pfizer-BioNTech vaccine — showed positive results, and scientists have shown that they are effective in real-world settings.

However, the scale of distributing vaccines globally, the novelty of SARS-CoV-2, and the cutting-edge technology behind some of the current vaccines all mean that further vaccine development is necessary.

As Dr. Guido Forni and Dr. Alberto Mantovani, on behalf of the COVID-19 Commission of Accademia Nazionale dei Lincei in Rome, note, “The possibility of having numerous vaccines based on different technologies will allow us to select those that can be most effective in specific phases of the pandemic and different parts of the world.”

The CoronaVac vaccine is an . This means it contains an inactivated form of SARS-CoV-2, which is unable to replicate itself.

Despite this, the immune system is still able to train antibodies based on the inactivated virus. This means that if a person is then exposed to the virus, their body has a better chance of resisting an infection or reducing its severity.

However, trials of CoronaVac are ongoing.

The latest results come from a phase 3 trial in Turkey. This was a double-blind randomized placebo-controlled trial involving 10,029 participants who received either two doses of CoronaVac 14 days apart or a placebo.

The study participants were volunteers aged 18–59 years. The researchers excluded people who had a history of COVID-19 or used immunosuppressive treatment. People who were pregnant or breastfeeding, had allergies to the ingredients of the vaccine, or had an autoimmune condition were also excluded.

The scientists were primarily investigating whether the vaccine could prevent COVID-19 confirmed by a PCR test at least 14 days after a participant’s second vaccination.

The follow-up ran for 43 days. The scientists expected follow-up to be longer, but this was stopped when CoronaVac was granted emergency authorization to be used in Turkey. In these circumstances, continuing to give the participants a potential placebo would have been unethical.

After analyzing the data, the scientists found that CoronaVac offered 83.5% protection against symptomatic COVID-19.

Of the 6,559 people in the vaccine group, nine developed symptomatic COVID-19 14 days after their second vaccination, compared with 32 of the 3,470 participants in the placebo group.

CoronaVac was also shown to be very safe. Just under 19% of the vaccine group and 17% of the placebo group reported adverse reactions. However, over 90% of these were mild, and about half did not last longer than 1 day.

According to Prof. Murat Akova from the Department of Infectious Diseases and Clinical Microbiology at the Hacettepe University School of Medicine in Ankara, Turkey, and his co-authors, “The world needs every possible dose of any safe and effective vaccine against SARS-CoV-2.”

“[O]ur results show that CoronaVac has high efficacy against symptomatic SARS-CoV-2 infection and [hospitalization], along with a very good safety profile in a population aged 18–59 years.”

The current study has certain limitations.

As the authors note, “This analysis involved a young and low-risk population and a very short follow-up period, and therefore further data is needed on the efficacy of duration of protection of the vaccine and to assess the safety and efficacy in older adult populations, adolescents, children, and individuals with chronic diseases.”

Importantly, they also explain that scientists need to conduct more research to test the vaccine’s efficacy against new variants of the virus.

In fact, a very significant piece of real-world evidence is now available thanks to a recently published study involving approximately 10.2 million people in Chile who were vaccinated with CoronaVac. The study, which appears in The New England Journal of Medicine (NEJM), also found that CoronaVac was effective, though not as strongly as was hoped from the trial.

Although these figures are lower than those in the interim analysis, the authors of the NEJM study conclude, “Our results suggest that the inactivated SARS-CoV-2 vaccine effectively prevented COVID-19, including severe disease and death.”

Such real-world evidence, which involves far more people than any trial could, is crucial for understanding the true efficacy of new vaccines, especially in the face of emerging variants.

For live updates on the latest developments regarding the novel coronavirus and COVID-19, click here.