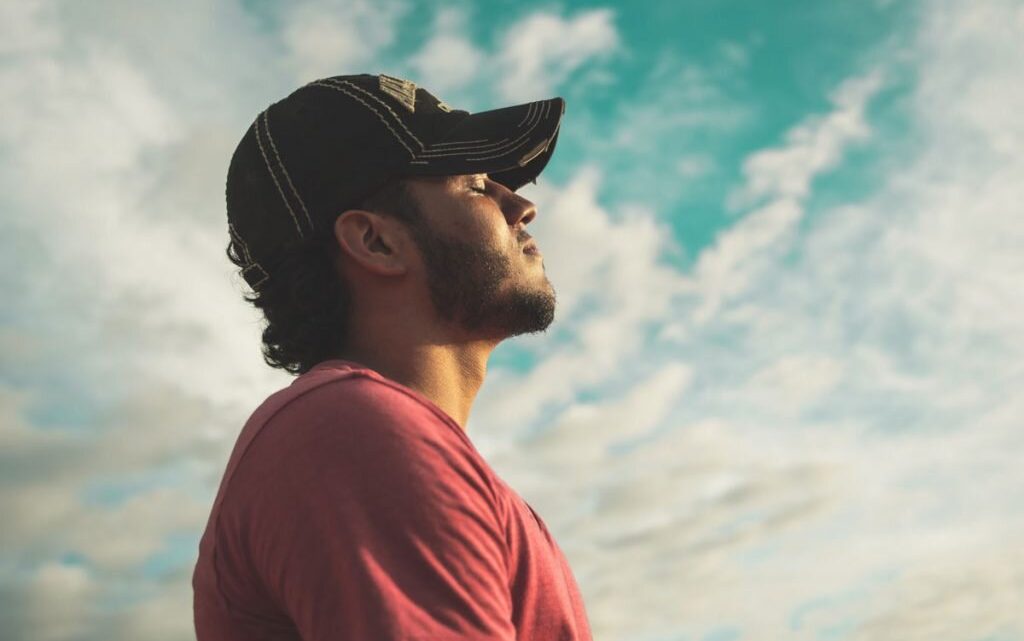 Coping with COVID? Mastering social (but not emotional) distancing 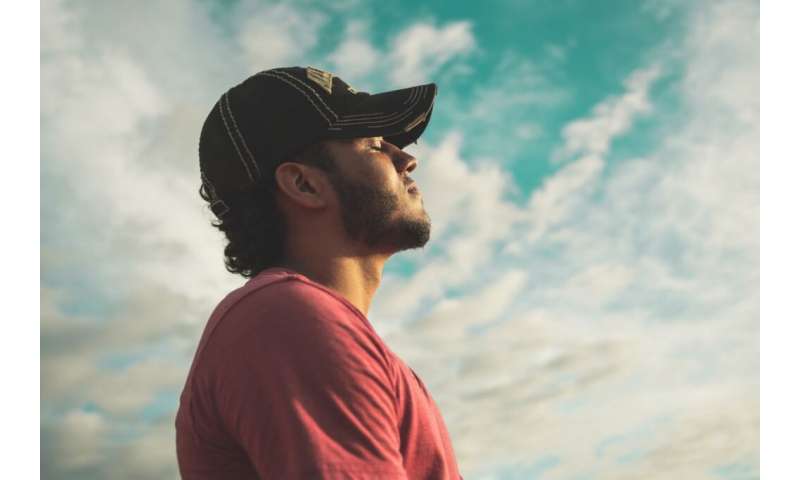 With the spread of the COVID-19 virus comes anxiety over the uncertainty associated with a rapidly evolving public health threat of indefinite duration. UConn Health clinical psychologist Julian Ford shares his thoughts on the situation, including some recommendations on ways to handle the stress.

How is “social distancing” both a blessing and a curse at a time like this?

Social distancing is what we need to do for hygiene in order to protect against the spread of the virus. But it’s also the exact opposite of what we need to do when we feel a sense of anxiety, because at times of anxiety, we all need to be able to connect with the people whom we care about and who we know care about us. What we’re being told is that we have to keep our distance from almost everybody, and that goes against one of the strongest human inclinations, which is to be close to others, and to help others too. You can’t help people nearly as well if you have to stay 6-to-9 feet apart. We’re basically being told—for the best of all possible reasons—that we need to keep enough distance so we don’t spread the microbes. But we need to then find ways in order to feel connected to one another so that we feel a sense of security.

A very common way to do that is through social media. We’re pretty reliant on the internet already, before all this, and now we’re trying to do everything “virtually.” What role does the internet have in this?

Social media is a double-edged sword. It can be a wonderful way to be together, to share, to be part of a supportive community, to get to know people, and to feel connected. But it also can be a dark and lonely place where rumors are spread and where people can be snarky, especially at times of high stress like we’re all experiencing now. It’s a place where it’s much harder for people to work out conflicts, and that can lead to a feeling of separation and anxiety rather than connection and security.

And with all the uncertainty, how does that contribute to the general state of mind when a population is waiting out something to this degree?

When the timeframe is uncertain and it’s likely to be weeks or months and not minutes or days, I think that ups the ante in terms of a sense of urgency. It’s not uncommon for any of us to think, “I’ve got to be prepared, but I don’t know for how long, and therefore I have to stay on guard to protect myself and my family and other people no matter how long it takes.” That can really drive some of the hoarding, and some of the intense pressure or desperation that people feel. But what we need to do to cope with uncertainty and anxiety is not to stay constantly on guard but instead slow down enough to just relax and breathe and have momenta of peace, so we can get our bearings and re-focus on what’s really important in life.

How important is keeping things in perspective to get through something like this?

Perspective is crucial, because it can seem as though this is going to go on forever and it’s never going to get any better. But that’s not true, fortunately. It’s realistic to think that this is going to go on for longer than we can predict—and probably longer than we’d like—but we need to remember that we are very resilient, as a society, as people, as community. We’ve come through major, major crises before, and there actually are a lot of really good things that are happening, so many people are really being careful, working with and caring for one another.

How are people in crisis able to act with kindness and courage? I think it’s by doing what Lincoln called “listening to the better angels of our nature,” to our core values. And the best way that I know to do that is to stay close, or get back to being close, with the people who bring out our best instincts, our partners and children and parents and closest friends. That may be difficult to do in person, but it’s less about whether you’re right there in the same physical space than whether you’re holding them in your heart and letting them know what they mean to you—in any way that you can, as often as you can, even if it’s only for a few minutes. With that perspective, it’s only natural to do the right thing in a spirit of hope and kindness, and to feel a sense of hope and happiness even in the midst of great stress.

I’d like to get your reaction to a meme that’s been going around on social media to the effect of this: “Your grandparents were called to war. You’re being called to sit on your couch. You can do this.”

That’s a great statement. It puts into perspective the fact that we’re being asked to do something for the benefit of other human beings in our community and our society, not just for our own personal health. This is one of those times where we’re being called upon to do something difficult, not really as difficult as going into war. That’s one of the great things about that statement. What our grandparents were asked to do, whether it’s World War II, the Korean War, Vietnam, or military personnel anytime in the last hundred years or so, what those men and women were asked to do is put their lives on the line. We’re being asked to be very cautious and conscious so that we don’t put anybody’s life on the line. Our lives are mostly protected. We’re not being asked to go into a combat zone. But we have the same kind of responsibility, and I think that statement really puts it into perspective very nicely.

Best you can tell, is the anxiety more over the fact that people are worried about getting sick themselves, or that they’re worried that they could end up passing along the infection to someone who’s more vulnerable and then have that on their conscience?

I think it’s both. The basic anxiety is for one’s own well-being and life. Fortunately, most of us will be fine, most of us will live and go on and have very healthy and happy lives. The secondary anxiety however is because we care about people who are vulnerable. Older adults and people who have other medical conditions, who may have had struggles in their lives for a variety of reasons including their health, those are the individuals who are at most risk. And I think in the back of our minds we’re all thinking, “I don’t want to be somebody who inadvertently has harmed another person who’s vulnerable.” So it raises our sense of concern about being protective for those who are vulnerable, but there’s not much we can do other than just not spread the illness.

It’s a major motivator. I thought it was great when the governor of Washington State, when asked what the penalty was if you violate the ban on large gatherings, said, “You might be killing your granddad.” Those are pretty intense words, but I think it captures the spirit that none of us wants to in any way inadvertently do something that harms somebody who’s vulnerable. And that is a very powerful motivator for good.

When you and I speak, we’re usually talking about PTSD. The “P” in PTSD stands for “post.” We’re not post yet, we’re somewhere in the middle of it. How does that affect your analysis of what we’re going through, without the benefit of being able to look back and see how it’s all unfolded yet?

That’s the really difficult thing about being in the middle of the trauma. You can’t look back, because it’s all around you and it’s hard to look forward because you don’t know when and how it’s going to end. For most people this pandemic is very stressful but actually not directly traumatic because it is not directly life-threatening to them. But it is serious enough, because of the fact that the virus can take people’s lives, that it’s heightening our awareness so that we’re all much more vigilant about hygiene and safety, caring for others as well as for ourselves, being thoughtful about how we share rather than just doing what we need for ourselves. All of that is not trauma, that’s handling a very serious stressor that could be traumatic, and it’s ongoing. The fact that we’re in the middle of it means that we can’t just step back and say, “OK, that was then, this is now, all done, I’m now going to think about it and close that chapter.” The book is still being written.

How do we cope, then, with that uncertainty and the anxiety that comes with it?

In order to manage anxiety, it’s really important to be able to stop, breathe, just pay attention to your body, let your body rest a little bit and not be so tense because you’re geared up for whatever, and just for a brief moment or a few moments, just allow our bodies and our minds and our spirits to be calm. That can be done on one’s own, but the best way is to find simple moments of peace and calm when you’re close, in spirit even if not physically, to someone whom you care about and trust—whether that’s one person or several, and whether it’s someone with four legs (or wings instead of legs) or two legs—they’re all our significant others.

There are so many other things that are important for hygiene, for caring for one another in our relationships, and being part of the community. But as a psychologist, what I can recommend is taking moments, anytime—in the midst of the day, but especially at the beginning and the end of the day—and just stopping everything and focusing on your body, breathing, being quiet and calm, and focusing on the sense of security and hope you feel with the people to whom you’re closest. And then hold on to that feeling of closeness and security, while you go on with the practical tasks involved in dealing with stress and just living every day.

This Classroom Experiment Proves Just How Fast Germs Can Spread

When you binge Netflix, this is what happens to your body
Recent Posts