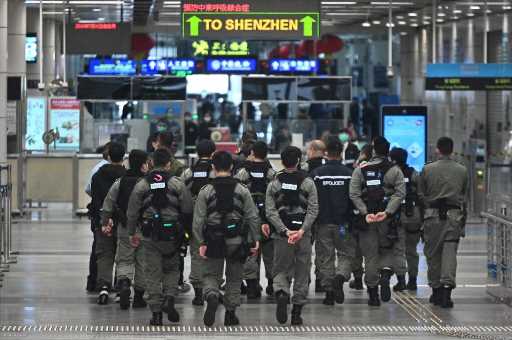 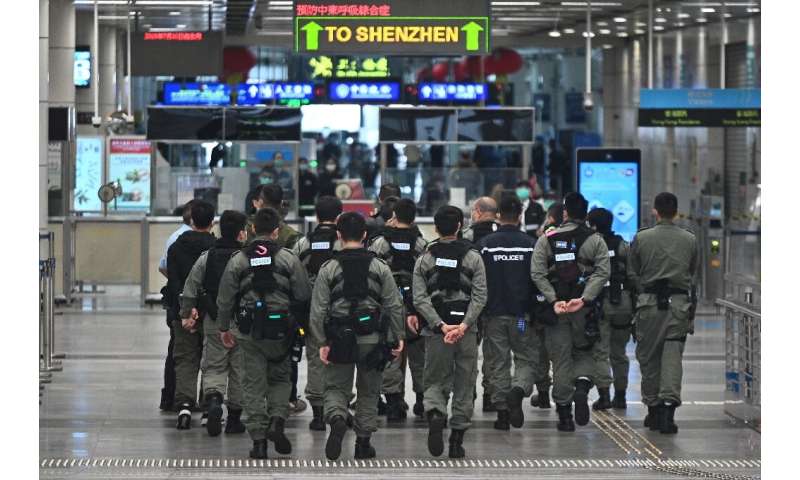 The death toll from China’s coronavirus outbreak soared to 722 on Saturday, including the first foreign victim, as Hong Kong imposed a mandatory quarantine on mainland arrivals to block the spread of an epidemic that has caused global panic.

With 86 more people dying in mainland China—the highest one-day jump so far—the toll was closing in on the 774 killed worldwide during the 2002-2003 SARS epidemic.

A 60-year-old US citizen diagnosed with the virus died on Thursday in Wuhan, the city at the epicentre of the health emergency, according to the US embassy, which did not provide more details about the person.

A Japanese man in his 60s with a suspected coronavirus infection also died in hospital in Wuhan, the Japanese foreign ministry said, adding that it was “difficult” to confirm if he had the illness.

The only fatalities outside the mainland were a Chinese man in the Philippines and a 39-year-old man in Hong Kong.

Nearly 35,000 people have been infected by the new strain, which is believed to have emerged in a market selling wild animals in Wuhan last year before spreading across China.

The epidemic has prompted the government to lock down cities home to tens of millions of people, as anger mounts over its handling of the crisis, especially after a whistleblowing doctor fell victim to the virus. 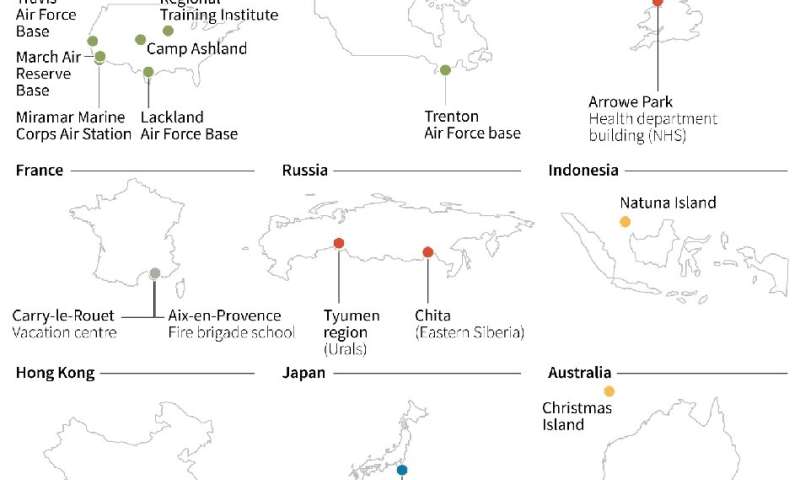 Vice Premier Sun Chunlan, on a visit to quarantined Wuhan this week, instructed officials to take a “wartime” approach as they implement drastic measures that include combing the city for feverish residents.

With panic spiralling around the globe—more than 320 cases have emerged in nearly 30 other countries—researchers were racing to find treatments and a vaccine to fight the virus.

Hong Kong began enforcing a two-week quarantine for anyone arriving from mainland China, under threat of both fines and jail terms.

Most people will be able to be quarantined at home or in hotels but they will face daily phone calls and spot checks.

The financial hub has 25 confirmed cases with one patient who died earlier this week.

The city has been on edge as the virus has revived memories of the SARS outbreak that killed 299 in the semi-autonomous city. 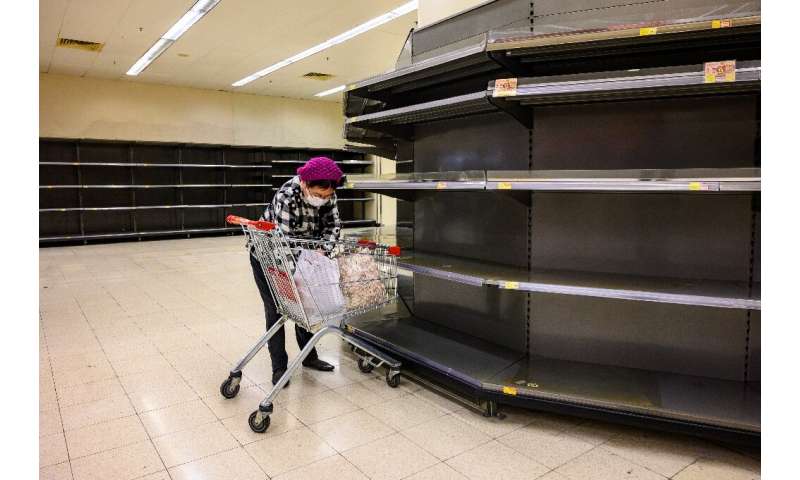 Hong Kong officials hope the new measures will virtually halt the flow of people across the border while allowing the city to remain stocked with food and goods from the mainland.

The SARS epidemic left profound psychological scars and saddled residents with a deep distrust of authorities in Beijing who initially covered up the outbreak.

In the last week, Hong Kong has been hit by a wave of panic-buying with supermarket shelves frequently emptied of staple goods such as toilet paper, hand sanitiser, rice and pasta.

The government has blamed unfounded rumours of shortages.

Other governments around the world have hardened their defences, with several countries banning arrivals from China and advising their citizens to avoid travelling there.

Major airlines have suspended flights to and from China. 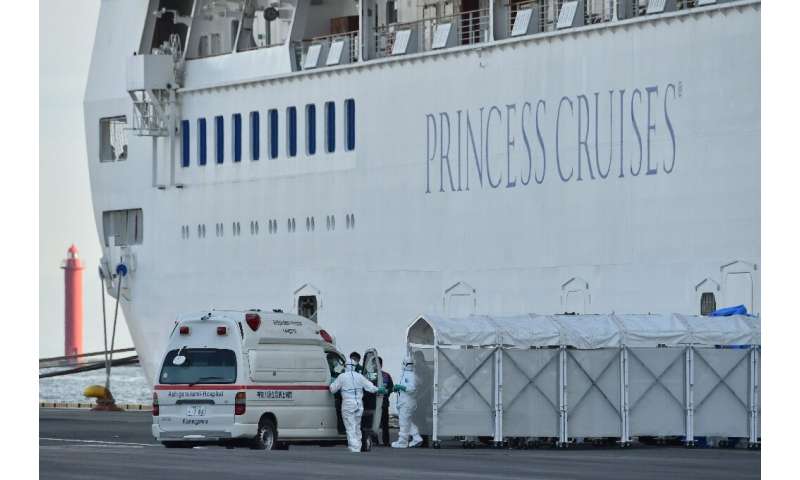 Asian cruise ships have become a focal point as dozens of cases have been confirmed on a vessel off Japan’s coast.

Sixty-four people aboard the Diamond Princess off Yokohama have tested positive and passengers aboard the cruise ship have been asked to stay inside their cabins to prevent new infections.

Another cruise ship carrying a passenger suspected of infection with coronavirus will not be allowed to dock in southern Japan, the government said.

In Hong Kong, 3,600 people were confined aboard the World Dream, where eight former passengers have tested positive for the virus.

On the mainland, the death Friday of a Wuhan doctor who was reprimanded by police after he had sent messages warning about the virus back in December sparked a rare outpouring of grief and anger on social media.

Li Wenliang, an ophthalmologist who contracted the disease while treating a patient, was eulogised as a “hero” while people on Twitter-like Weibo railed against “fat officials” and demanded “freedom of speech”. 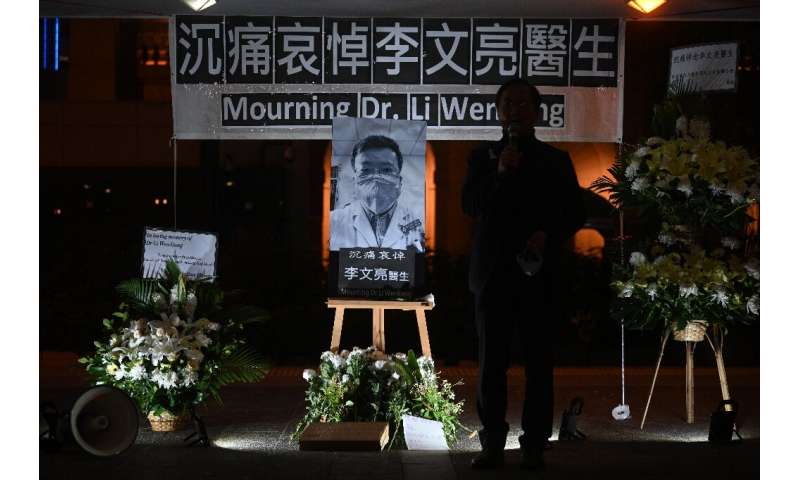 Videos shared on Weibo showed a small group of people blowing whistles late Friday in front of a floral tribute to Li at Wuhan Central Hospital, where he died.

As people across China fumed, the government expressed condolences and ordered an investigation.

Researchers, meanwhile, are scrambling to develop a drug to combat the virus.

The US health department is working with pharmaceutical firm Regeneron to develop a treatment using a class of drug that has boosted survival rates among Ebola patients.

Two weeks ago Chinese doctors confirmed they had been giving anti-HIV drugs to coronavirus patients in Beijing, based on a 2004 study published after the SARS outbreak that showed “favourable” responses.

I've never been sexually attracted to my partner of 5 years. Is it worth staying in a stable relationship without any intimacy?