Children with mental health problems 'being turned away by NHS'

Children with mental health problems are being turned away by the NHS because their symptoms are not severe enough, an investigation has found.

Data obtained via freedom of information requests shows a third of mental health trusts in England reject child patients whose condition is not ‘severe’ or ‘significant’.

GPs claimed some children were having to attempt or threaten suicide in order to be referred to a specialist.

The probe, conducted by Pulse – a specialist publication for doctors, analysed the referral criteria of 29 of the 56 psychiatric trusts in England. 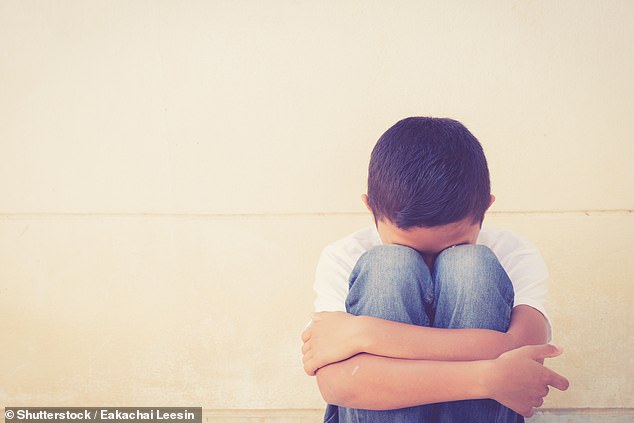 A third of mental health trusts in England reject children with mental health problems because their symptoms are not severe enough, an investigation has found (stock)

It revealed just one in five mental health trusts across the country accepts unwell children with all levels of symptoms.

The finding comes amid a rise in mental health problems in young people, with 50 per cent more youngsters seeking help in 2018 compared to 2015.

Surveys by mental health charities have suggested that social media and pressure to do well at school or college are behind the rise.

Doctors warned a lack of resources meant children are being forced to wait until their condition escalates before being referred.

Youngsters are instead being told to get help from charities, which typically do not have specialists in their ranks and instead can only offer counselling.

Signs of depression in children can include:

Some also have physical symptoms, like headache or abdominal pain.

Depression in children can occur due to family issues, bullying, other mental-health problems, or physical, emotional or sexual abuse.

It can be triggered by one event, such as a bereavement, or a build-up of things.

If you suspect your child is depressed, try to talk to them about how they are feeling.

Let them know you are concerned and you are there if they need you.

If they will not talk to you, encourage them to reach out to another relative, teacher or family friend.

If this does not help, contact your GP, who may refer your child to a specialist mental-health service.

Dr Richard Vautrey, the British Medical Association GP Committee chairman, said ‘as with all other areas of the NHS’, specialist children’s mental health services were struggling to cope with demand.

He told Pulse: ‘The use of increasingly strict referral criteria to help manage this demand can mean that only the sickest patients are getting the care they need.

‘This in turn means many young people with less severe – but still serious nonetheless – issues are not getting access to the specialist care their GP believes they need, or are having to wait until their condition worsens before they are seen by a specialist.

‘This delay is distressing for the young person and their families and can cause problems for the GP, who struggles to provide adequate support because of a lack of alternative local options.’

The magazine sent out FOI requests to all 56 NHS mental health trusts in England about the criteria they use for referrals.

It received replies from 23 of them and drew on data from the websites of six more.

An NHS England spokesperson said: ‘This data is based on less than half of all mental health trusts and does not include other NHS-funded organisations that provide mental health support.

‘The NHS is actually ahead of its target on ensuring as many children as possible receive mental health care, and the long-term plan has committed to ensuring an extra 345,000 children and young people get the care they need by 2023, backed by extra funding for mental health services of more than £2billion.’

The investigation comes after three quarters of young people admitted they deal with mental health problems themselves or suppress them because help is not readily available.

A survey by the charity YoungMinds found children struggled to find help online and did not feel comfortable confiding in friends, family or teachers.

When asked what factors have had a significant impact on their mental health, the most common answer was pressure to do well at school or college (77 per cent).

Around a quarter of respondents (27 per cent) said spending too much time on social media was a significant factor.

Mental health experts and teachers alike have called the situation a ‘crisis’, with school staff even seeing youngsters ‘headbutt walls on a daily basis’.

Online bullying has been blamed for the rise in ‘extreme mental health distress’, which has caused some students to even attempt suicide on school grounds. 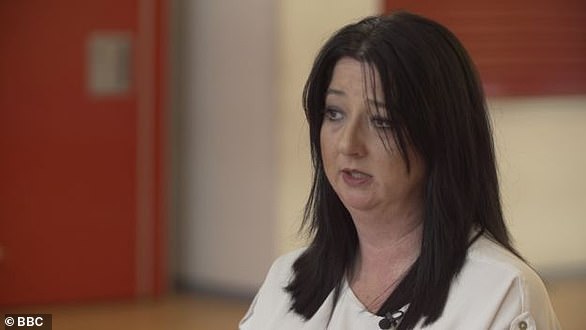 One in 10 schoolchildren in the UK has a diagnosable mental-health condition, Children’s Society statistics show.

And five per cent of under-fives have conduct disorder, according to the Centre for Mental Health. This is defined as a ‘callous disregard for and aggression toward others’.

The issue is also rife in the US, where up to 7.1 per cent (4.4million) of two-to-17 year olds have been diagnosed with depression or anxiety, according to the Center for Disease Control and Prevention.

To uncover how many children in the UK receive the help they need, the BBC sent out Freedom of Information (FOI) requests to 46 NHS mental-health trusts.

The responses revealed seven trusts have rejected a primary-school student at least five times over the past four years.

And 12 had pupils waiting for mental-health services for more than a year.

A primary school head teacher even claimed one of her pupils was rejected for treatment nine times and spent three years on a waiting list.

Get your sweat on with this 30-minute Zumba routine