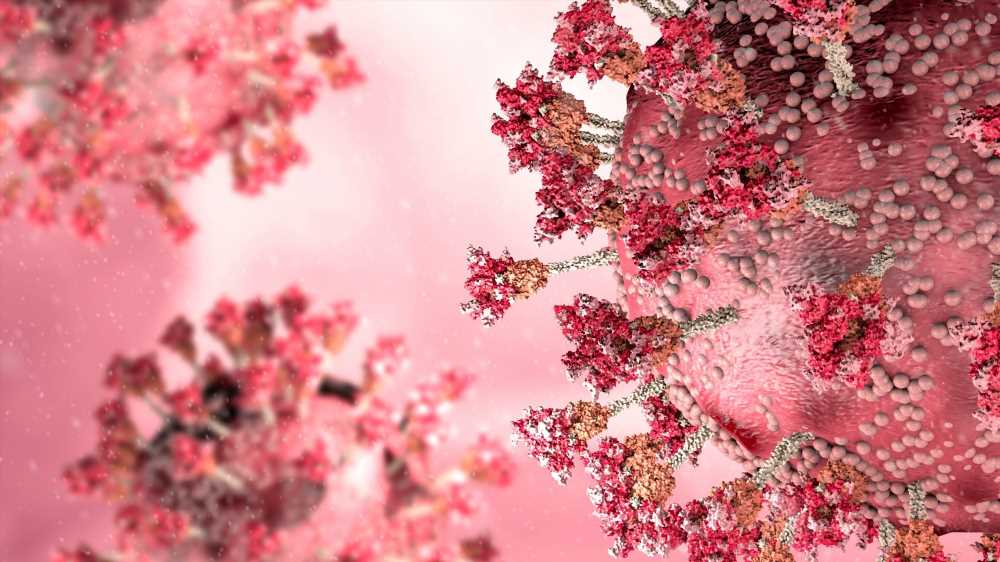 SARS-CoV-2 Omicron BA.1 rapidly supplanted the Delta variant, and shortly after, Omicron BA.2 was the predominant variant. After that, numerous BA.2 descendants emerged, including BA.2.75 and BA.5. Although BA.2.75 and BA.5 diverged from BA.2, they are phylogenetically independent, and recent studies report similar evolutionary patterns in the spikes of BA.2.75 and BA.5 sub-variants.

Previously, the authors reported an increase in the pathogenicity of BA.2.75 and BA.5 sub-variants in a hamster model relative to the BA.2 sub-variant, suggesting that the sub-variants evolved to enhance intrinsic pathogenicity. Despite the emergence of several new sub-variants after BA.5, they have failed to outcompete BA.5.

Instead, the emergent sub-variants appear to be under convergent evolution, acquiring amino acid substitutions at the same site. The BQ.1.1 sub-variant, a descendant of BA.5, harbors five convergent substitutions (R346T, K444T, L452R, N460K, and F486V) and has been classified as a variant under monitoring by the World Health Organization (WHO).

The study and findings

In the present study, researchers explored the evolutionary characteristics underlying the convergent evolution of SARS-CoV-2 Omicron lineages. First, they constructed phylogenetic trees for Omicron sub-variants to identify where convergent substitutions occurred. The L452 residue had the highest substitution frequency in the BA.2 lineage. Moreover, substitution events were relatively more frequent in newer lineages than BA.1/2.

Next, the authors modeled the relationship between spike substitutions and viral epidemic dynamics to assess the impact of substitutions on viral fitness. They analyzed a dataset of more than 300,000 Omicron sequences collected between March 1, 2022, and October 15, 2022, that included 254 spike haplotypes. The five convergent substitutions positively affected the effective reproductive number (Re).

Moreover, the spike haplotype corresponding to the BQ.1.1 sub-variant had the highest Re. Further investigations indicated that viral fitness increased independently in multiple Omicron lineages during BA.5 diversification. The analysis also suggested that BQ.1.1 increased its fitness by serially acquiring K444T, N460K, and R346T substitutions.

Sera from hamsters infected with BA.2, BA.2.75, or BA.5 exhibited high antiviral activity against the infecting variant but lacked cross-reactivity against other variants. Yeast surface display (YSD) assay showed that the dissociation constant (KD) of BQ.1.1 spike’s receptor-binding domain (RBD) to human angiotensin-converting enzyme 2 (hACE2) was significantly lower than that of BA.5 spike RBD, implying a higher affinity of BQ.1.1 spike to hACE2 than BA.5 spike.

The N460K and R346T substitutions in BQ.1.1 spike were implicated in the significantly enhanced binding affinity. Further, BQ.1.1 pseudovirus showed higher infectivity than BA.2 or BA.5 pseudovirus. The R346T and N460K substitutions of the BQ.1.1 spike were responsible for the increased infectivity. Syrian hamsters were infected with clinical isolates of Delta, BA.5, or BQ.1.1.

The pulmonary function of hamsters was determined based on the ratio of time to peak expiratory flow relative to total expiratory time (Rpef) and enhanced pause (Penh). Delta infection caused significant changes in these parameters than BA.5 infection, suggesting that Delta was more pathogenic than BA.5.

To summarize, the authors uncovered the convergent evolution of sub-Omicron variants, highlighting the frequent substitutions at five sites in the viral spike protein that improved viral fitness and Re. SARS-CoV-2 Omicron BQ.1.1, which harbors all five convergent substitutions, showed the highest Re. The BQ.1.1 sub-variant was also highly resistant to neutralization by BA.2 or BA.5 breakthrough infection sera and showed high binding affinity to hACE2 and greater fusogenicity than BA.5.