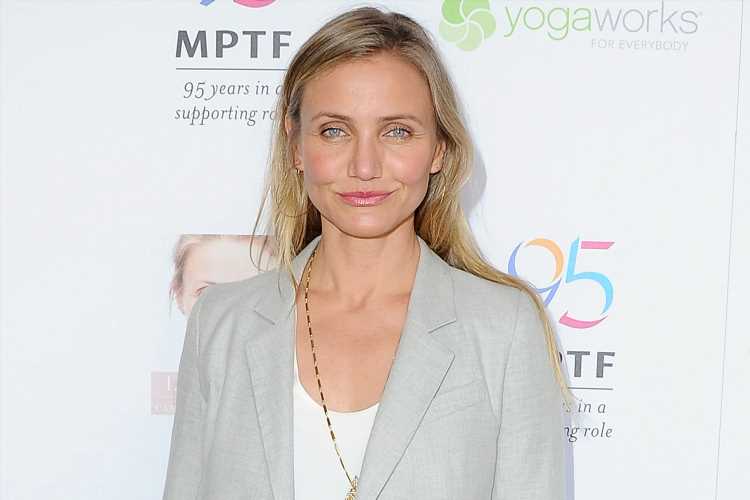 Cameron Diaz is reflecting on taking a bit of a different chronological approach to motherhood.

The actress and Avaline entrepreneur opened up to Naomi Campbell about becoming a first-time mom at 47 last year on Tuesday's episode of the supermodel's No Filter YouTube series.

"A lot of people do it the other way around … they get married [and] have a family in their youth," said Diaz, who turned 48 this past August — exactly eight months after she and husband Benji Madden welcomed their first child together, daughter Raddix. "I'm kind of doing it in the second half of my life."

"The only pressure for me now is I have to live to be, like, 107, you know? No pressure!" the Charlie's Angels star joked with a laugh, going on to call this time in life her "sweet spot" and the "happiest" she has felt thus far.

"Even with all of the amazing experiences I've had in traveling and accomplishments of working hard and putting things into the world I'm proud of … I know, this is really the most gratifying time in my life, to be in this place, to get here," Diaz continued. "Having a family when you're young … it's like anything when you're young: You do it. But when you're my age and you decide to do it, it's a real choice. You really have to work hard for it." While Diaz is basking in the glow of new motherhood with daughter Raddix, who turns 1 on Dec. 30, she didn't always necessarily envision her life that way. The tides have changed in recent years, as The Mask actress told Esquire in 2014 ahead of her marriage to Madden, 41, that she "was never drawn to being a mother."

"Not having a baby might really make things easier, but that doesn't make it an easy decision," she said at the time, adding it was "so much more work to have children … lives besides your own that you are responsible for."

"I have it much easier than [moms]," Diaz added. "Doesn't mean life isn't sometimes hard. I'm just what I am. I work on what I am. Right now, I think, things are good for me. I've done a lot. And I don't care anymore."

And as a source told PEOPLE in January shortly after Raddix's birth, the timing was perfect. "Cameron is so much more settled, stable and happy. It was natural to want a baby," the insider said. Also in her conversation with Campbell, 50, Diaz assured fans that a return to the big screen isn't off the table. (The movie star stepped back from her film career after last appearing as Miss Hannigan in 2014's Annie remake.)

But she's in no rush. "I feel really resolved. I mean, I never say never to anything, first of all, but I feel really resolved," Diaz said. "I haven't made a movie since 2014. It's been a long time, it's been seven years or six years since I made a film. Girl, I am okay with that."

"There's no part of me that's like, 'I gotta get in front of a camera!' " continued Diaz. "I don't feel that way — and that's not to say I won't someday. But I'm really resolved at where I'm at right now."

The actress also agreed that her return wouldn't be a comeback, saying that she's simply taking a mid-career "intermission" at the moment.