Home » Health News » Brad Pitt made a rare mention of his 6 kids in his Oscars speech and said: 'This is for my children who color everything I do' 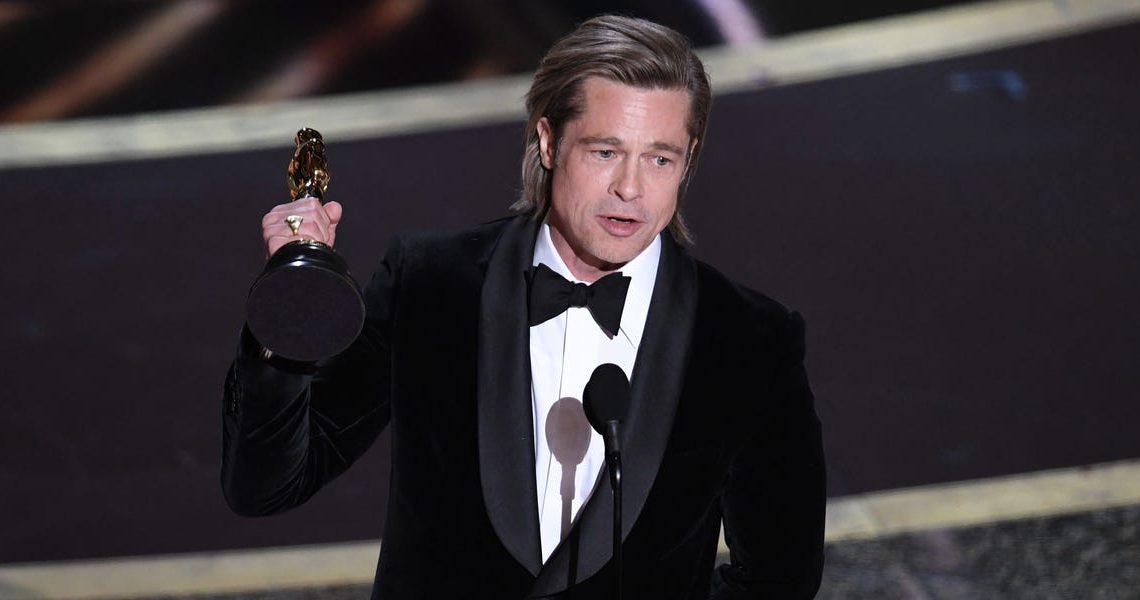 Brad Pitt made a rare mention of his 6 kids in his Oscars speech and said: 'This is for my children who color everything I do'

Brad Pitt took home his first-ever Oscar for acting on Sunday for his role as Cliff Booth in "Once Upon a Time in Hollywood," and even the typically private A-lister couldn't help but praise his children during the monumental moment.

"This is for my kids who color everything I do," Pitt said at the conclusion of his speech for his best supporting actor award. "I adore you."

It was a quick mention, but Pitt's emotional tribute to his children was significant for the 56-year-old actor who is keen on protecting the privacy of his children whom he shares with ex-wife Angelina Jolie. Pitt explained the reason he's reluctant to talk about his kids in a 2008 interview with Oprah Winfrey. He said that media attention "gets to" his children, and added that he and his then-wife Jolie tried to "keep as much normalcy as we can."

At the British Academy Film Awards and the Golden Globes this month, Pitt was quiet about his children. Even just the slightest mention prompts an onslaught of attention from news outlets and he wants to shield his brood from that, a source told TMZ. At the Screen Actors Guild Awards in January, Pitt briefly mentioned his children in a red carpet interview, and said that he has "lovely kids."

It might be the significance of the award that got Pitt to open up, or maybe it's where he is in life that's making him feel more emotional.

"I find myself, at this latter stage, much more moved," Pitt told actor Anthony Hopkins in an interview last year, "moved by my kids, moved by friends, moved by the news. Just moved."

After nabbing his best actor award, Pitt told reporters that he doesn't want his children to feel obligated to go into acting just because of his success.

"I want them to follow their bliss, follow their passions, whatever they're most interested in," he said in the press room Sunday. "It's about guiding as you can, but they get to try everything on and try what their passion is."

Autoinflammatory disease: The rare immune condition with waves of fever

Prostate cancer symptoms: The sign when you sit down that could signal the deadly disease
Recent Posts
We and our partners use cookies on this site to improve our service, perform analytics, personalize advertising, measure advertising performance, and remember website preferences.Ok