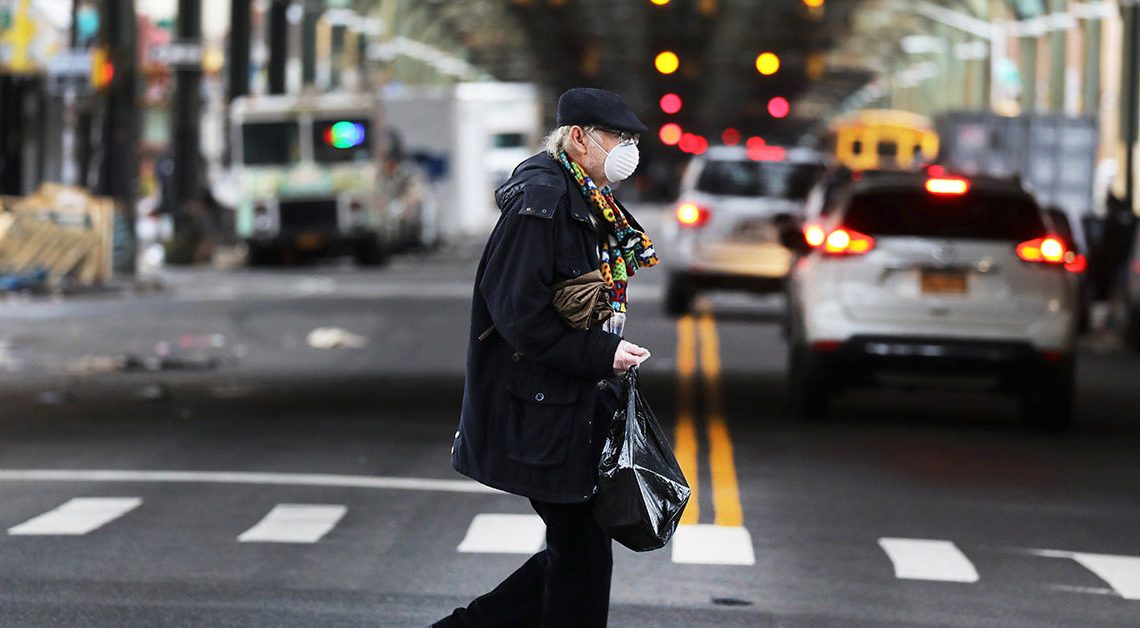 There may be a lot of people walking around who have COVID-19 but have no idea they are spreading the virus.

The first word of this possibility came last week from the Centers for Disease Control and Prevention (CDC) director, Dr. Robert Redfield, in an interview with National Public Radio affiliate WABE.

“One of the [pieces of] information that we have confirmed now is that a significant number of individuals that are infected actually remain asymptomatic. That may be as many as 25 percent,” Redfield said.

Then a few days later, researchers in Iceland reported that 50 percent of their novel coronavirus cases who tested positive had no symptoms. The testing had been conducted by deCODE, a subsidiary of the U.S. Biotech company Amgen.

In another , the CDC stated that researchers in Singapore identified seven clusters of cases in which presymptomatic transmission is the most likely explanation for the occurrence of secondary cases.

“Of those of us that get symptomatic, it appears that we’re shedding significant virus in our oropharyngeal compartment, probably up to 48 hours before we show symptoms,” Redfield said. “This helps explain how rapidly this virus continues to spread across the country because we have asymptomatic transmitters.”

“It isn’t a strange idea with respiratory viruses that such an inadvertent transmission could take place,” said Dr. William Schaffner, an infectious disease expert from Vanderbilt University Medical Center in Tennessee.

“It’s to the virus’ benefit because if you have seemingly healthy people moving around spreading the virus, that maximizes the transmission,” he told Healthline. “Once you get sick, you tend to restrict your encounters with others.”

To demonstrate how fast the virus transmission works among people who may be unwittingly infecting others, Dr. James Hildreth, president and chief executive officer of Meharry Medical College and an infectious disease expert, illustrated the spread in a public service announcement.

“One that comes to mind is measles. Measles is one of the most contagious viruses we’ve ever known and its number is somewhere between 12 and 18,” Hildreth told Healthline.

“By comparison, the COVID-19 virus, it’s basic reproductive number appears to be about 4. What that means is that each person who is infected by the virus has the potential to spread it to four other persons in a susceptible population,” he explained.

“If you do the math, the number of people infected would double every 6 days or so. But the actual data in some parts of the country is the virus is doubling every 3 days,” Hildreth added.

He noted that this novel coronavirus that began in December in a market in Wuhan, China, has infected 1.4 million people in 4 months.

“When you’re dealing with a virus like that, everything we can do to break the chain of transmission is exceedingly important because there are people who are spreading the virus and are not aware of it,” he said.

After first telling the public there was no need for anyone to wear a mask unless you were sick or coughing, the CDC did an about-face late last week.

Now, the agency is recommending people wear a face covering if they go to a public place.

They’ve posted on how to properly wear a cloth mask.

But does a cloth mask work?

“It actually works in both directions,” said Schaffner. “But we’re more sure that masks inhibit the spread out rather than the acquisition in.”

Why the CDC reversal?

“Two reasons. One is very practical. Early on, they didn’t want there to be a run on masks and respirators by the general public, siphoning them off from the healthcare environment. That was a very real concern,” Schaffner said.

“The second thing is the appreciation of presymptomatic transmission has become more evident over time,” he added. “It takes a little bit of time for those discussions to go on and for everyone to agree to ask the American public to do something that is culturally alien.”

And Schaffner believes the masks have a psychological benefit at a time when very little seems in our control.

“Putting on a mask is something I can do to help protect me and it will help protect my family. It makes people feel good to do something,” he said. “And when you see others wearing a mask, it builds a sense of community.”

Sun cream: Should you be wearing sun cream in lockdown?
Recent Posts