Home » Health News » Are those trendy vegan Christmas sarnies actually any good for you? 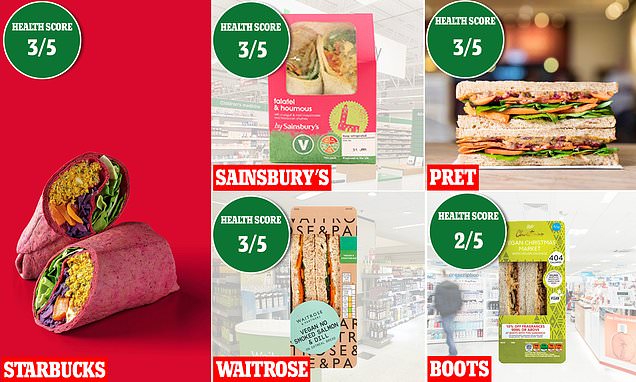 Are those trendy vegan Christmas sarnies actually any good for you?

From fish-free ‘smoked salmon’ to chickpea ‘stuffing’: Are those trendy vegan Christmas sarnies actually any good for you?

The festive sandwich war has become something of a British tradition.

From turkey, stuffing and cranberry sauce to pigs in blankets, shops have been showcasing their seasonal ranges from as early as October to get us in the Yuletide mood.

Predictably, given the popularity of ‘plant-based’ food, this year shelves are heaving with vegan versions of Christmas classics.

But is a sarnie with vegan ‘stuffing’ or fish-free ‘smoked salmon’ as good for us as we might believe?

Nutritional therapist Jackie Lynch gave us her verdict. And – just as importantly – we put them to the taste test… 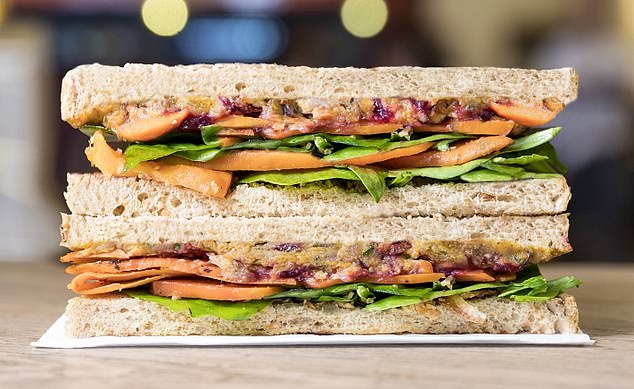 Pret’s offering is ‘high in fibre and contains as much protein as two boiled eggs, which will definitely keep you going,’ says nutritional therapist Jackie Lynch

Jackie says: ‘It’s high in fibre and contains as much protein as two boiled eggs, which will definitely keep you going.

‘But there’s more than four teaspoons of sugar – no doubt due to the lashings of port and orange cranberry sauce and caramelised pecans.’

Adults are recommended to have no more than seven teaspoons a day.

TASTE TEST: Festive, maybe, but there’s little cheer in the unpleasant babyfood-like texture of the ‘stuffing’. The cranberry sauce, which resembles a generic jam, seems to be only discernible flavour, and I can’t make out any added pecan crunch. Pret’s standard veggie and vegan wraps are great, but this is revolting. 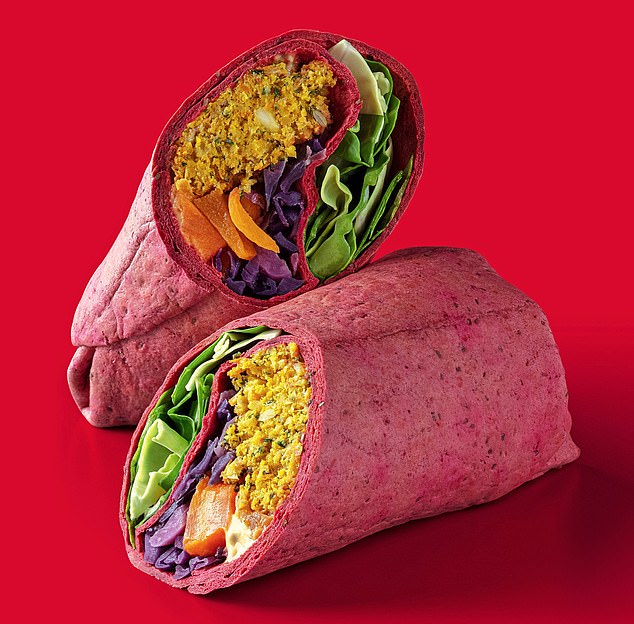 Starbucks’ wrap is vaguely sweet – possibly thanks to the maple mustard mayo – but also quite bland, according to the Mail On Sunday taste test

Jackie says: ‘The ingredients are varied and it looks pretty healthy – they’ve tried to include a range of unprocessed wholefoods. It’s high in fat but most of that comes from essential fats – mono and polyunsaturates in the chickpeas, nuts and seeds.’

However, it contains a third of your recommended salt intake – more than you would get from three packets of Walkers salt and vinegar crisps.

TASTE TEST: Vaguely sweet – possibly thanks to the maple mustard mayo – but also quite bland. The fritter was quite moist but overall? Pretty forgettable.

VERDICT: A nut-roast-inspired sandwich on malted bread, which features butternut squash, cranberry chutney, pistachios, caramelised pecans and a vegan mayo dressing. It boasts 14g of protein – and a third of your recommended fibre intake. But be warned: there’s more than five teaspoons of sugar in each pack.

Jackie says: ‘Good old M&S – this is much less processed than the others. The higher levels of protein – from four different types of nuts – and fibre will help to neutralise the effect of the sugar. This is a good occasional treat.’

TASTE TEST: Vastly better than the Pret version. The nuts and sweet potato give a variety of flavours and textures. The cranberry sauce has a tasty tang, too. 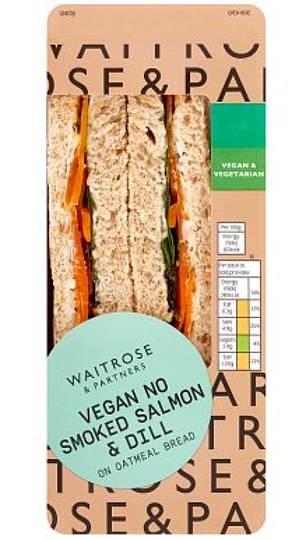 Jackie: ‘This is clever. But it’s low in fat and fibre’

VERDICT: A dairy-free alternative replaces the cream cheese, and salmon has been swapped for carrots infused with lemon and dill.

It’s low-calorie, low in sugar, less salty, and doesn’t fall too far behind the others on protein either.

Jackie says: ‘This is clever. But it’s low in fat and fibre too, so I don’t think it will keep you going for very long.’

The dill-infused carrot mimics the smoky taste of salmon, and the cream cheese isn’t bad either.

VERDICT: This offering – vegan sausage, roasted white cabbage, onion chutney and fried onions on white bread – has a third of the fat of a normal sausage sandwich, and a decent 15g of protein.

Jackie says: ‘It’s low in fibre and pretty sugary – about the same amount as in a Cadbury’s Fudge.’

TASTE TEST: It looks unappealing, with a vaguely grey filling.

But it’s quite moist, and the sauerkraut-like cabbage and a not-too-sweet chutney are distinct.

The sausage won’t fool any meat-eaters, though. 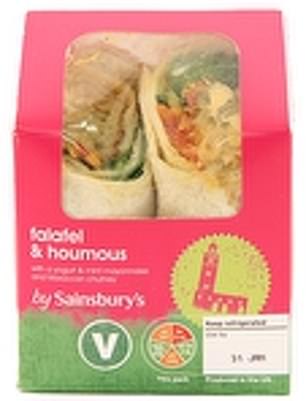 The Sainsbury’s wrap is lower in sugar than some of the other options, and has a quarter of your recommended daily protein intake

VERDICT: The falafel is given a festive spin with sultanas, cinnamon and nutmeg, and is served with that winter favourite – pickled red cabbage.

It’s lower in sugar than some of the other options, and has a quarter of your recommended daily protein intake. It also includes as much fibre as two bowls of Bran Flakes.

TASTE TEST: The addition of sultanas and chutney makes this sweet, but that’s really the only difference from a standard falafel. Unremarkable, but not awful.

How do they compare to a classic? 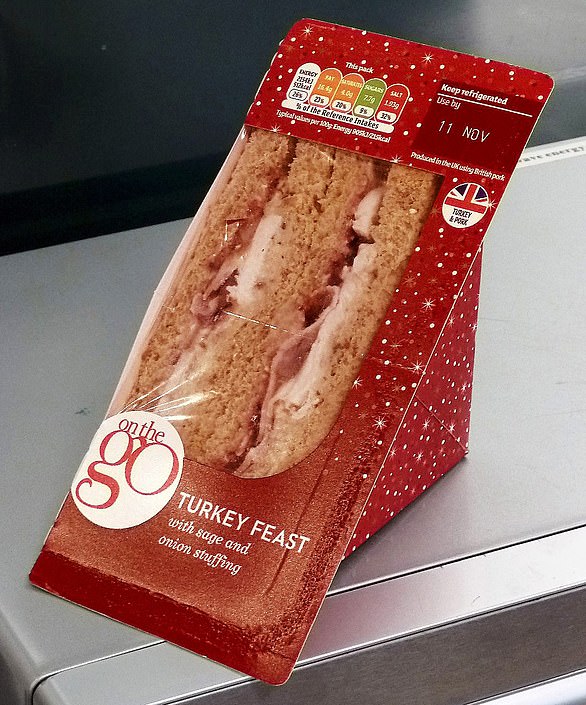 The main ingredient here is turkey breast, which is naturally lean. However, the bacon and stuffing mean this isn’t low-fat.

But it will be filling thanks to 30g of muscle-building protein and about 6g of gut-healthy fibre (the daily fibre target is 30g).

A word of warning: the sandwich is alarmingly high in salt – a third of your daily recommended intake.