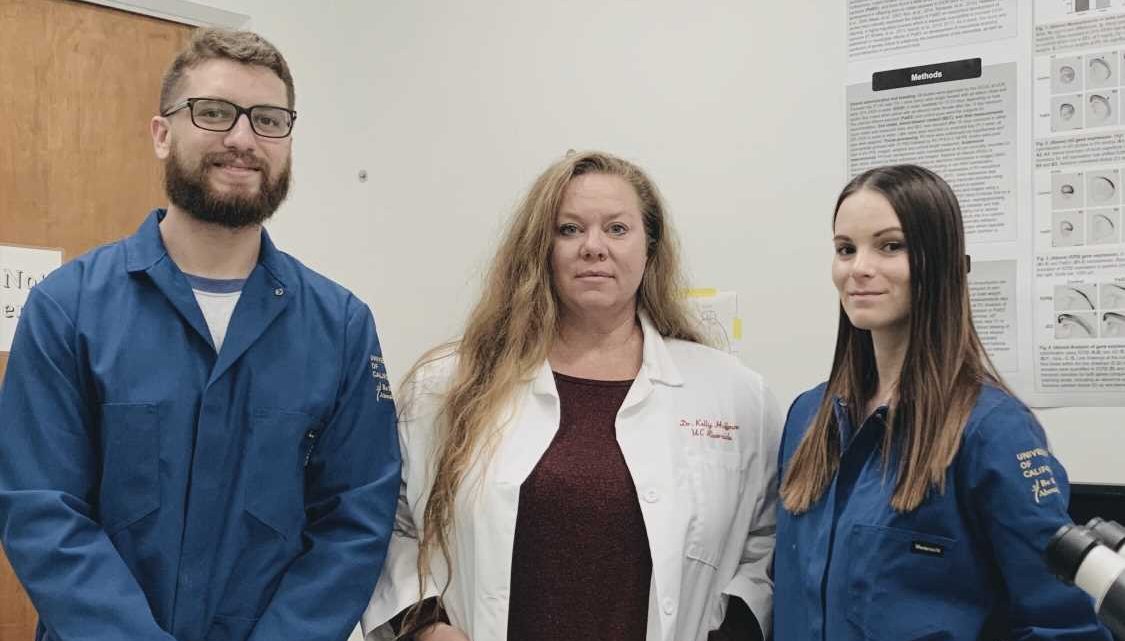 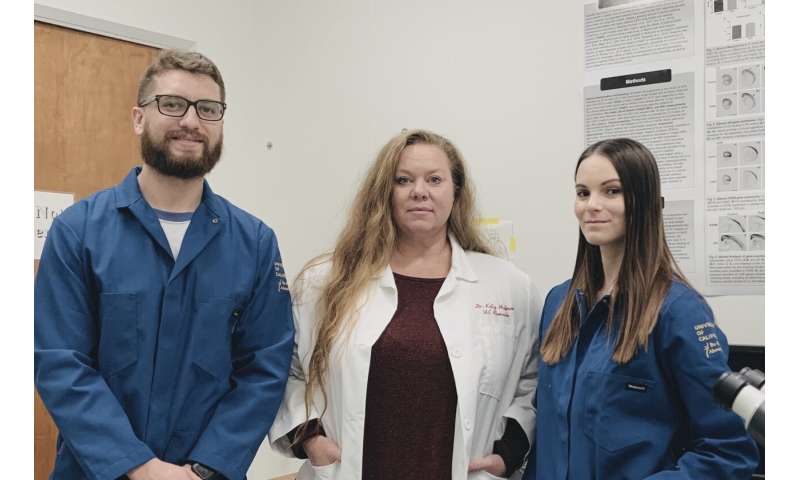 Scientists at the University of California, Riverside, have explored the relationship between parental alcohol consumption—before conception in the case of fathers and during pregnancy in the case of mothers—and offspring development.

In a paper published in Alcoholism: Clinical and Experimental Research, the researchers report that when alcohol-exposed male mice mated with alcohol-naïve females, the offspring displayed significant deficits in brain development. Specifically, the neocortex, the most complex part of the mammalian brain responsible for complex cognitive and behavioral function, had patterning deficits where abnormal gene expression led to miswiring of connections. Although neither these mice nor their mothers had ever been exposed to alcohol, their brains showed changes consistent with a mouse model of Fetal Alcohol Spectrum Disorders, or FASD.

“People have known about the dangers of maternal drinking during pregnancy for years; however, the safety of paternal drinking while trying to conceive has barely been considered,” said Kelly Huffman, an associate professor of psychology who led the study and whose lab generated the FASD mouse model. “Our research shows that fathers’ exposure to alcohol leading up to conception can have deleterious effects on the child’s brain and behavioral development.”

In a second paper, published in Neuropharmacology, Huffman’s team reports that when female mice were given choline, an essential nutrient, along with alcohol during their pregnancies, the negative outcomes associated with prenatal alcohol exposure, such as smaller body weight, brain weight, and abnormalities in the anatomy of the neocortex, were reduced in the offspring. This suggests choline supplementation could prevent the adverse outcomes associated with prenatal alcohol exposure.

“Our work shows that prenatal choline supplementation, when administered at the time of prenatal alcohol exposure, improves abnormal brain and behavioral development in offspring,” Huffman said. “It rescues some of the phenotypes associated with FASD.”

Sins of the father

“Fathers who consistently consume moderate to high amounts of alcohol leading up to conception may negatively impact offspring development due to the exposure to the paternal sperm,” Huffman said. “In our previous study, we described how the paternal germ line specifically can transmit heritable changes through multiple generations after a single prenatal alcohol exposure. Clearly, the paternal environment before conception is critical for healthy offspring development.”

The study is the first to examine the effects of preconceptual paternal alcohol exposure on the gross anatomical development of the neocortex, including genetic patterning and circuit development, coupled with extensive behavioral analyses in the affected offspring. Huffman’s team plans to extend the mouse study to investigate whether the effects of paternal alcohol consumption on the offspring are transmitted to subsequent generations.

Huffman was joined in the research by graduate students Kathleen E. Conner and Riley T. Bottom.

Nutrient to the rescue

Depending on maternal age, up to 18% of pregnant women in the United States report alcohol consumption during their pregnancies. Gestational or prenatal alcohol exposure can produce problematic deficits in offspring. In mice, prenatal alcohol exposure, via maternal drinking, results in gross developmental abnormalities, including decreased body weight, brain weight, and brain size. Also, the exposure causes profound abnormalities in the patterning of an infant’s neocortex and the resulting circuitry, or connections, necessary for precise function.

In the second study, Huffman’s team exposed pregnant mice to 25% alcohol, the usual dose for the FASD model, as well as about 640 milligrams per liter of choline chloride supplement throughout the pregnancy. Her team’s goal was to test potential rescue effects of choline supplementation on abnormal neocortical and behavioral development induced by prenatal alcohol exposure.

Choline, a vitamin-like essential nutrient, is a methyl group donor and is crucial for proper brain development as it generates the methyl group that attaches to DNA and affects gene expression. Given the transgenerational effects of prenatal alcohol consumption discovered by the Huffman lab, Huffman’s team believed co-administration of choline with alcohol could mitigate the deleterious effects of the exposure.

“Our findings suggest that providing methyl group donors, such as choline, to alcoholic women during pregnancy could be effective in reducing the extent of the damage that prenatal alcohol exposure can cause,” said Bottom, the first author of the research paper. “This could possibly reduce the multigenerational transmission of FASD in our prenatal alcohol exposure model.”