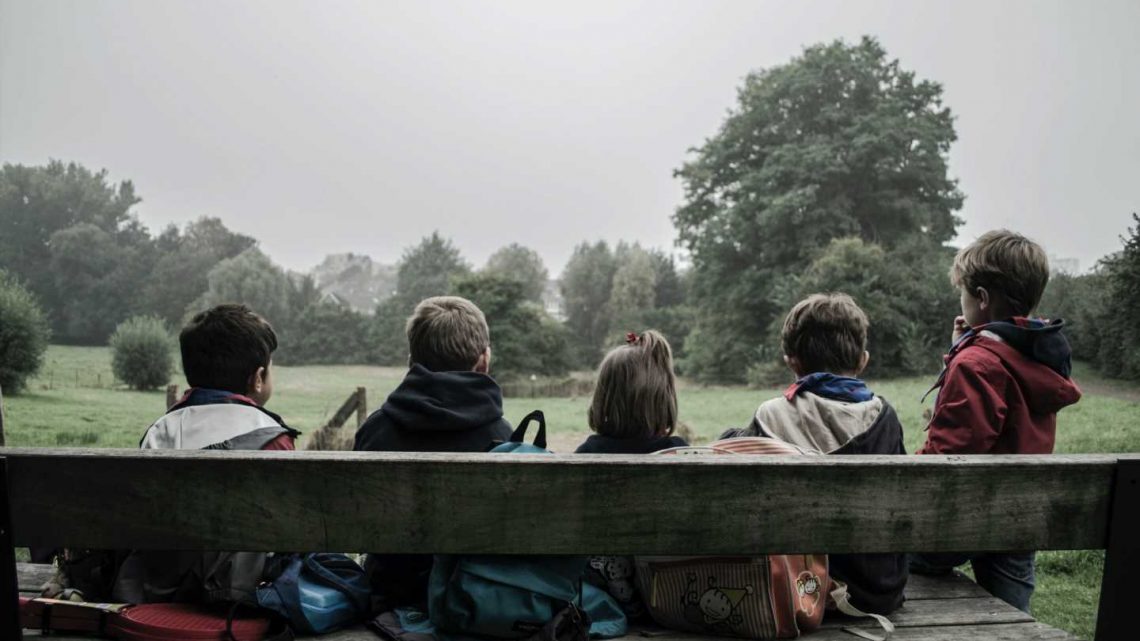 A New England Journal of Medicine article reviews the evidence on the large and growing toll of air pollution and fossil fuel-driven climate change on children. Frederica Perera of Columbia University Mailman School of Public Health and Kari Nadeau of the Stanford University School of Medicine, write that protecting children’s health requires that health professionals understand the multiple harms to children from climate change and air pollution and use available strategies to reduce these harms.

The authors write that the fetus, infant, and child are uniquely vulnerable to climate-related impacts and air pollution. Moreover, research indicates that air pollutants and climate change are able to interact to affect children’s health, although further study is needed. All children are at risk, but the greatest burden falls on those who are socially and economically disadvantaged. The article cites dozens of research studies on how fossil fuel combustion is taking a major toll on the physical and mental health of children. Examples from the article follow:

Extreme Heat. Exposure to heatwaves in utero is associated with increased risk for preterm birth and low birth weight, hyperthermia and death in infants, heat stress, kidney disease, and other illnesses in children.

Climate-Intensified Extreme Events. Globally, climate-related events have already contributed to more than 50 million children being forced to leave their homes. In the U.S. over 900,000 displacements, many of them involving children, occurred in 2020 as a result of disasters.

Air Quality. An estimated 7.4 million children in the U.S. were exposed to lung-damaging wildfire smoke every year between 2008 and 2012. This number has risen in recent years as large forest fires have become more frequent.

Food and Water Supply and Safety. In developing countries, climate-change-related food insecurity has led to a sharp increase in malnutrition, resulting in stunting of physical and mental development. Infection risk from waterborne pathogens like Salmonella is also exacerbated.

Change in Vector Ecology. Infection with Zika virus in pregnancy can cause microcephaly, severe brain malformations, and other birth defects. The U.S. has also experienced a marked increase in Lyme disease, with the highest rates in children.

While all children are at risk from air pollution and climate change, the authors point to substantial inequities according to income and race. As one example, risks from heatwaves are greatest in low-income communities of color where discriminatory policies such as redlining created urban heat islands (characterized by heat-trapping asphalt, few trees, dense buildings, traffic, industry and highways), and where resources to protect children from heat are fewer.

The authors underscore the need for simultaneous action on two fronts: to protect children today from climate hazards (“adaptation”) and to attack the root problem by reducing greenhouse gases and strengthening natural carbon sinks (“mitigation”). Adaptation measures include providing clean water to children and families facing drought and water contamination, early warning systems for flooding and air pollution, training and evacuation planning for families and children, shaded areas where children play, live and go to school, and mosquito nets to protect children from malaria and dengue.

To address inequality, they write, these climate-specific measures must be paired with broad social programs to reduce poverty and discrimination, and provide water, sanitation, and hygiene services, high-quality healthcare, and education. They stress that solutions are available and being implemented around the world to reduce air pollution and mitigate climate change.

In the clinical arena, the article states that guidance is available to help in identifying individuals at particular risk from climate change or air pollution based on assessment of underlying illness (e.g., asthma), geographic location (e.g., proximity to air pollution, urban heat island or flooding), and mental health burdens (e.g., anxiety after being forced to relocate after a wildfire), the authors write. In addition, the article offers guidance on management, and patient counseling.

WHO Set to Decide if Monkeypox Represents Health Emergency